Retail markets worldwide appear to be in good shape at the beginning of 2018. A further increase in optimism among both customers and businesses in almost all investable markets is driving this positive trend. On the downside, higher consumer prices and below-average growth of retail sales are having a negative impact, particularly in Europe. North America – comprising the US and Canada – currently tops the ranking of the most attractive retail regions worldwide, with both markets also showing a strong increase in sales. North America scores 115 points in the new Global Retail Attractiveness Index (GRAI) created by Union Investment, which analyses the environment for retail investment in 17 countries worldwide. The index for North America rose by 10 points over the course of 2017. The EU-12 index, which covers twelve European retail markets, declined by three points and currently stands at 112 points, which places it just behind the North America index. The Asia-Pacific index is in similar territory, at 110 points, having gained seven points due to the significantly more upbeat mood among customers and retailers in South Korea and Japan. Customer and retailer sentiment improved significantly in all the surveyed regions on the back of a global uptrend, leading to all three indexes now showing above-average values. “Despite both North American markets facing challenges due to a surplus of retail space, they continue to perform well. European retail markets, meanwhile, are experiencing vastly divergent developments, some of which are positive and some negative,” said Henrike Waldburg, Head of Investment Management Retail at Union Investment Real Estate GmbH. 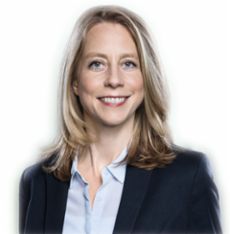 European retail markets, meanwhile, are experiencing vastly divergent developments, some of which are positive and some negative

The winner in Europe is Poland – the loser is the UK

Germany and Poland in particular, which are the top countries in the European ranking, make a significant contribution to the strong performance of the EU-12 index, scoring 120 points each. Of all the European countries surveyed, the Polish retail market stands out as being the most dynamic, boasting an impressive eight-point increase in the course of last year. Above-average growth of retail sales played a key role here. Portugal is also doing well, coming in third place. This clearly indicates that the country has overcome its massive financial and economic crisis. “Although the Portuguese still have to tackle a few structural issues, sooner or later Portugal will re-appear on investors’ radar,” commented Henrike Waldburg. The second-strongest performance over the course of 2017 was seen in Ireland. The Irish attractiveness index gained three points in the course of last year. This improvement reflects the positive general trend, particularly in retail sales. The picture is similar in Poland and the Czech Republic. With its 117 points, Ireland joins the top 5, which include Germany (120), Poland (120), Portugal (118) and the Czech Republic (116).

The EU-12 index is significantly impacted by the steep fall in the British index. “The uncertainty caused by the discussion around the consequences of Brexit is palpable in the British retail market. Regional British markets are being particularly affected by the lack of clarity. In London, though, the propensity to consume remains high,” said Henrike Waldburg. The Brexit shock caused all four mood and market indicators to decline dramatically over the course of 2017. The British retail index fell by 21 points compared to the previous year. The UK is thus currently at the bottom of the European ranking, scoring just 97 points.

“Apart from the huge challenges facing the British retail market, the fundamentals of the retail sectors in Europe, North America and the Asia-Pacific region continue to improve,” said Henrike Waldburg. “The global uptrend will continue to drive transformation of the retail sector, with new retail concepts emerging and generating new demand for brick-and-mortar stores in top locations. This ongoing upward trend is a unique opportunity for investors to diversify their retail portfolio internationally and realign their real estate holdings with the new shopping needs of affluent consumers.”

Union Investment’s Global Retail Attractiveness Index (GRAI) measures the attractiveness of retail markets across a total of 17 countries in Europe, North America and the Asia-Pacific region. An index value of 100 points represents average performance. The EU-12 index includes the indexes of the following EU countries, weighted according to their respective population size: Germany, France, Italy, Spain, the United Kingdom, Austria, the Netherlands, Belgium, Ireland, Portugal, Poland and the Czech Republic. The North America index includes the US and Canada. The Asia-Pacific index covers Japan, South Korea and Australia.

Compiled every six months by market research company GfK, the Global Retail Attractiveness Index comprises two sentiment indicators and two data-based indicators. All four factors are weighted equally for the index, at 25 per cent each. The index includes consumer confidence as well as business retail confidence. The quantitative input factors are changes in the consumer price index (inflation) and sales performance of the retail sector, both of which are incorporated into the GRAI. After standardising and transforming these input factors, they each have an average value of 100 and a possible value range of 0 to 200 points. The index is based on the latest data from GfK, the EU Commission, the OECD, Nielsen, Trading Economics, Eurostat and national statistical offices.