Some buildings perfectly reflect the ups and downs of a city’s life. Take the office building at rue Belliard 5-7, in the very heart of Brussels’ European Quarter. It had sat vacant for more than a decade when the Belgian project developer Immobel acquired it in late 2018 – only to demolish it. Some 14,000 square metres of ultramodern office space housed in ambitious, sustainable architecture is to be built on the site. “This rapidly-changing quarter needs other types of office space to suit today’s evolving workplace,” said the former Immobel CEO Alexander Hodac at the presentation of the plans.

Change? In Brussels? The capital of Belgium and the European Union was long considered a backwater for real estate. But now greater Brussels, home to 1.2 million people, has been rediscovered, not least by Asian investors. Demand for office space is increasing, as are rents, and the project pipeline is filling up. Some brave souls are even casting an eye beyond Brussels to second-tier cities, primarily Ghent and Antwerp.

Brussels still isn’t enough of a tech location to become a boom town. “It’s a conservative market, and investors like it precisely because of its stability,” is the assessment of GLL Real Estate, an international real estate fund manager in Munich, which holds several Brussels properties in its portfolio. The institutions of the European Commission and the Belgian government, which occupy most of the space and prefer long-term leases, set the pace. Brussels, the eighth-largest European office market, is also overshadowed by major cities such as London and Paris. Its yields may be slightly higher on average than in the largest capitals, but institutional investors primarily choose Belgium due to its reputation as a safe harbour – motivated by value preservation.

Value-add is an important issue

The market is becoming more dynamic for two main reasons. For one thing, hardly any building was done during the years immediately following the financial crisis, and demand has developed slowly. But companies have been expanding again for some time now. They want space that fulfils the requirements of the digital age, and that kind of space is scarce. “There’s a lot of quantity, but not a lot of quality,” says Yeliz Bicici, Chief Operating Officer Offices of the Belgian real estate investor Cofinimmo. That makes value-add properties particularly attractive. For another, the major coworking providers have now come onto the scene in Brussels, relatively late but therefore even more actively: last year they occupied one-fifth of newly leased space.

As a result, the vacancy rate has fallen to 7.7 percent. Of course, there are major difference between the outlying areas of Brussels and its central business district, which includes the European Quarter, the Pentagon Quarter and the North District. At least 8 million square metres of the total of 13 million square metres of office space in Brussels is located there, according to JLL. Only 4.7 percent of offices in these prime central locations lack tenants, a record low. “And it’s even below 3.5 percent for top buildings no more than five years old,” notes Nigel Beller, Research Analyst at Cushman&Wakefield Belgium.

This changes the equation for investors. “We weren’t all that interested in Brussels for a long time because we saw little dynamism and correspondingly low rent growth in the office segment there,” says Martin Schellein, Head of Investment Management Europe at Union Investment. Now things are getting more interesting. Admittedly, analysts see little short-term movement in top rents – Savills predicts growth of 1.6 this year. The curve is more clearly on the upswing for average rents. Opportunities are seen in a smart value-add strategy for buildings, such as the one followed by Union Investment with Le Président. The 6,200 square-metre building will be modernised and refurbished once the lease with a major law firm has ended. “In repositioning the Le Président building, we are counting on its excellent location and will also improve the property’s space potential thanks to our asset management,” says Schellein. 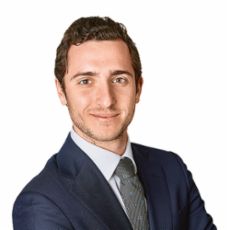 70 percent of the investments in Brussels in 2018 were made by foreigners.

Vacancy rates are much higher in the Brussels Periphery, the Flemish area encircling the Brussels Capital Region, where older offices are in some cases being converted into apartments. With that in mind, investor Cofinimmo began to change its strategy at the end of last year and is now restructuring its EUR 1.2 billion office portfolio, investing less in outlying areas and more in core districts, particularly redevelopment projects. The company hopes that refurbishment work on an eight-storey office building on rue de la Loi in the European Quarter which it acquired in May will be completed by 2021. Belgian building law is considered liberal and facilitates projects of this kind. The Quartz on avenue des Arts also illustrates Cofinimmo’s new direction. The portfolio property has been demolished and will be replaced by a new 9,200 square metre architectural building that is to be move-in ready in 2020 and has already been leased to European organizations for 15 years.

Buildings further out of town are being sold, such as a small, partially-vacant office building that a developer from Ghent is now converting into apartments. Cofinimmo doesn’t intend to move completely away from outlying districts. The important thing is infrastructure, says Bicici: “Some micro-locations work very well.” That is particularly true for buildings with good public transport connections, as shown by professional services network PwC, which is moving its headquarters in the Periphery to a new building being constructed by the developer Ghelamco near the Diegem train station.

As the graphics show, Belgium's office market is clearly dominated by Brussels. However, the regional markets are also starting to appeal to developers and investors, especially City locations with good public and regional transportation connections.

Ghent and Antwerp move up

If international investors used to turn up their noses at properties outside the city centre, second-ranking cities were absolutely taboo. “Going to Belgium meant going to Brussels,” says Allan Tait, Associate Partner and Investment Specialist at Cushman&Wakefield. In his view that principle is no longer cast in stone because “other cities aren’t necessarily uninteresting.” That is particularly true for Ghent and Antwerp, each about an hour from the capital. Reletting in the regional markets of Flanders and Wallonia is higher than it’s been in 20 years, according to C&W, although this includes many class B and C products.

Yields in Ghent and Antwerp are in the prime range, well over six percent, considerably above those in the Brussels city centre, where prime yields of more than four percent for long-term leases are the exception. That makes them attractive to investors at first view. But so far tier-2 cities are firmly in the hands of Belgian players. Many investments are well below the order of magnitude that interests major international investors. The market is also narrow, and it’s hard to replace a lost tenant. “You need very good local expertise to know what to do there,” says GLL.

Properties very close to train stations are seen as an opportunity. Companies and banks are increasingly leasing branch offices there to make commuting easier for their employees. ING has actually moved its headquarters into the “Diamond”, designed by the New York architecture firm Asymptote, near the Ghent station.

What’s true for peak locations in second-tier cities certainly applies to the centre of Brussels: pre-leasing rates for new, well-equipped spaces are high. Take up during the first quarter was 245,000 square metres, up 210 percent over the same quarter last year, according to BNP Paribas. The pipeline is certainly full – with almost 450,000 square metres projected in Brussels for 2019 and 2020 – but experts don’t expect this to result in excess capacity. Looking at large properties, more than half of the Quatour (61,000 square metres) and 80 percent of the space in the Multi Tower (40,000 square metres) are already leased. It’s no surprise that more projects are being launched, even without pre-leasing. “Developers believe in the market,” says one asset manager.

Union Investment used the good market conditions in Brussels to sell the Mondrian office property in July 2019. The property including 20,600 sqm of rental space was acquired in 2001 as a development project and has since been part of the UniImmo: Deutschland portfolio.

Investors obviously do, too. The share of Belgian investors in Brussels has been falling since 2015, according to research analyst Beller, who notes that “70 percent of investments in 2018 were by foreigners.” The market is particularly popular with Korean funds, which are transacting more than a quarter of the volume of deals and are prepared to make very large investments. Interested parties traditionally come from France, Germany and the Netherlands, but Canada and Australia can now be added to the list. That will increase the pool of bidders. Investment specialist Tait anticipates a series of interesting deals over the next few months: “The market certainly is very satisfactory at present.”