Subscribe to the places and spaces newsletter today and don't miss any article about trends in the real estate industry.

The right apartment for the job

This puts Häussler right in step with a national trend in Germany, where companies are increasingly offering housing along with a job, according to a housing market study, “Wirtschaft macht Wohnen,” by RegioKontext, a housing market research institute in Berlin. It shows that the concept of company-owned housing, which dates back to the late 19th and early 20th centuries, is enjoying something of a revival. Back then the industrial giants were the prime movers in building housing estates for the workers they so urgently needed. The post office and railways, which were state-run enterprises at the time, also rushed to build housing estates for workers all over Germany.

There were still about 450,000 company-owned housing units in Germany in the 1970s, according to GdW, the Federal Association of German Housing and Real Estate Companies. Housing of this kind was gradually sold to clear balance sheets of real estate holdings and to invest the proceeds. Now there has been a turnaround and the numbers are up somewhat, according to GdW, which estimates there are currently 100,000 company-owned housing units in Germany. 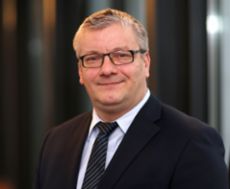 We will be able to add more thanks to infill development.

Volkswagen lets 9,300 apartments at its headquarters

The changing trend is clearly shown by Volkswagen Immobilien, the real estate subsidiary of the world’s largest automaker, which lets 9,300 apartments in Wolfsburg, where VW is headquartered. Some VW apartments stood vacant in the 1990s, but there are now some 2,000 people on the company’s waiting list, it says. The real estate company, one of the largest landlord in Wolfsburg, is responding to increasing demand by building more housing: “Last year 145 units were completed in the Steimker Gärten urban district, in Wellekamp, and in furnished business apartments,” says Meno Requardt, managing director of Volkswagen Immobilien. This year another 112 apartments in Steimker Gärten and about 50 rental units in Fallersleben are to be built – all on land owned by VW. “We will be able to add more thanks to infill development,” according to Requardt. VW is prepared to pay good money for all of this. “We have an annual budget of €15 to 20 million for new builds and the same amount for our existing housing portfolio.”

Company-owned housing as a competitive advantage

The German railway company Deutsche Bahn is once again turning to company housing after old railway worker flats were gradually sold off as assets of the national railway during the reform of the rail transport market in the mid-1990s. Times were different then. Jobs were being cut as the West German and East German railways were reunified, but now Deutsche Bahn is competing for the most talented employees. “In regions with housing shortages, it is an advantage when competing for skilled employees if the company can offer housing,” says Susanne Kittner, head of social services at Deutsche Bahn AG. That is because company apartments offer affordable living space near the workplace – while also relieving new employees of the need to make the often difficult search for a place to live.

A model project in Munich symbolises the new start for employee housing offered by Deutsche Bahn: “We have acquired occupancy rights to 74 apartments that are part of a housing project by the city of Munich,” explains Kittner. The investor acts as the contractual partner for the tenant and the contact point for all issues related to the tenancy. The city of Munich sets the rent, which corresponds to the local standard rents table. Deutsche Bahn will decide who moves into the apartments based on criteria coordinated with its Works Council. Leases will be signed following authorisation by Deutsche Bahn as employer. “That means there is a special right of termination if an employee leaves the company and another employee needs the apartment – comparable to termination of a tenancy due to intended occupation by the owner.” If investor models of this kind prove successful, company-owned housing could also become an interesting asset class. In any event, Deutsche Bahn plans to launch a similar project in Hamburg in the near future.

The German chemical group BASF of Ludwigshafen was one of the pioneers of company housing. In 1872 the company began construction of the Hemshof-Kolonie, a housing estate offering more than 400 apartments to shelter workers who had moved to the industrial city from rural areas. Today the company owns some 6,000 housing units in Ludwigshafen and surrounding areas through its subsidiary BASF Wohnen + Bauen GmbH. Most of them are leased to employees, “from trainees to top executives,” as the company emphasises. The average rent is €6,5 per square metre, which corresponds to the average local rent. It can also be directly withheld from an employee’s pay upon request.

“By offering this housing, we are fulfilling a portion of our social responsibility for employees and the region,” says Elisabeth Tielkes, head of leasing at BASF Wohnen + Bauen. She says it’s important for the company to have something to offer everyone – from flats shared by trainees to single-family houses to apartments suitable for the elderly. “We also offer furnished accommodation on a temporary basis,” Tielkes notes. “If someone is new to Ludwigshafen and wants to start working right away, they can move into a furnished apartment and then look for permanent housing.”

Politicians are encouraging companies to build more housing for employees. The construction of employee housing will be important in the future, according to the German Federal Ministry of Construction. It believes that, in cooperation with housing associations and housing cooperatives, the construction of employee housing can make a valuable contribution to creating additional living space. By amending the law, the German federal government also wants to reduce the tax burden on employees living in company-owned housing. Provided that the rent paid by the employee amounts to at least two-thirds of the customary local rent and does not total more than €20 per square metre (excluding ancillary costs), a subsidised company-owned apartment will no longer be subject to income tax as non-monetary remuneration. 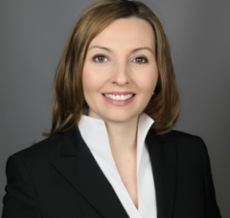 We also offer furnished accommodation on a temporary basis.

As is the case for Deutsche Bahn, BASF tenancies are governed by separate leases. They are not linked to an employment contract and do not even require someone to work at BASF. “Tenants can remain in their apartments even after they retire or leave BASF,” says Tielkes. Of course, preference is accorded to BASF employees when allocating apartments. Volkswagen believes that being able to offer housing makes it a more attractive employer, and it also wants to meet the increasing demand for various types of temporary accommodation. “Some software developers are globally flexible, so they prefer furnished apartments,” according to VW’s housing director Requardt.

Providing housing to employees naturally also means additional administrative effort and financial expenditure for companies. Conversely, from a tenant’s point of view it isn’t always advantageous when the boss is also the landlord. Employees considering an apartment provided by the company should therefore take a close look before signing a lease to determine the extent to which it is linked to the employment relationship, advises Günter Vornholz, professor of real estate economics at EBZ Business School in Bochum. “Otherwise they run the risk of losing the apartment if they are terminated or made redundant.”

Employees living in company housing should also keep an eye on tax aspects. “Benefits offered by employers to employees in the form of a company apartment represent taxable non-monetary remuneration,” points out Dr Elin Reiter, an attorney at the corporate law firm CMS in Berlin. And if the employer doesn’t cover that, for example in the form of a credit, then the bottom line is that the employee hasn’t gained much.

Ultimately, company housing is primarily “a marketing instrument in metropolitan areas,” says real estate expert Vornholz. He does not expect that employees will be moving back into apartments provided by their employers all over the country – as they did at the time of industrialisation in the 19th century – because there is still be sufficient vacant housing in rural areas. But the arguments of companies that provide housing for employees are the same as they ever were, says Vornholz: “By subsidising housing, they can score points as attractive employers in the eyes of skilled employees.”