Diverse teams comprising a mix of experienced employees and younger colleagues offer many advantages. An age gap of around 16 years recently helped two German canoeists – nicknamed the “generation boat” – win medals at the Olympic Games in Tokyo. The duo’s formula for success was simple: the senior member of the team contributed a wealth of experience and kept a cool head, while the junior member brought youthful energy, a relaxed attitude and new enthusiasm. The example shows how ambitious goals can be reached through a successful generational mix and intensive joint training.

Michael Bütter, CEO at Union Investment Real Estate GmbH in Hamburg, is pursuing similarly ambitious objectives and believes it’s crucial for the knowledge and skills of experienced employees to be passed on to the younger generation, the “Next Gen”. Learning and benefiting from one another is the mantra. “To implement our growth strategy we need more talented young people aged between 20 and 35,” says Bütter. “The wealth of experience amassed by our older colleagues needs to be passed on to the next generation to avoid it being lost to the company.” The newly installed CEO is aiming to achieve a more varied mix of generations within the organisation and also sees other benefits of doing so. “The young generation brings new ideas and perspectives, which we very much welcome,” he adds. Digitalisation, sustainability, mobility – those are just some of the areas where junior colleagues can make hugely valuable contributions when working alongside established real estate managers.

Next Gens have an important role in the transformation process

Bütter doesn’t need to convince Next Gens that his HR strategy is the way forward – they’re already embracing it. Highly qualified junior employees know that young professionals and more experienced colleagues can support and learn from each other. That’s just one of the reasons why Union Investment is popular with job seekers who can bring technical ability, the right personality and social skills to the table. Anyone taken on as a young employee has significant expertise to offer the company and their more experienced colleagues – and also helps to lower the comparatively high average age of 44.

Talented young people can join the company via the highly popular one-year trainee programme or by applying directly for junior positions in specific subject areas and departments. Next Gens like Ann-Kathrin Falchi (29), Sunniva Stüven (29) and Friedrich Georg Warmbold (32) are representatives of an ambitious generation of real estate specialists and of the transformation process that is  under way at Union Investment.

Warmbold has been with Union Investment for seven years now and already has an impressive career path behind him. His progression from Junior Investment Manager to Senior Investment Manager and recent promotion to team leader is a good example of successful collaboration between the generations. “I already had some professional experience under my belt when I started here in a junior position in 2014. I was lucky and soon took over responsibility for markets in Spain and Ireland from my predecessor. That allowed me to develop my skills and quickly make a mark within the company,” says Warmbold. During his time at Union Investment, he has been involved in the Aqua portfolio deal and in acquiring existing buildings and development projects, mainly in the UK and Ireland, in transactions totalling more than €4 billion to date. The team leader is now sharing his experience with career entrants and younger colleagues, handling complex transactions and managing interdisciplinary project teams. So what made him what he is today? “Above all, the opportunity to take on responsibility,” says Warmbold, “and also the fact that I had Adam Irányi and Martin Schellein as my team leader and departmental boss, respectively. They allowed me to work independently, but also provided support.” Warmbold believes it’s crucial for line managers to have confidence in the work of junior employees so they can reach their potential. “From the very beginning, colleagues and external partners knew that I was the person responsible for dealing with particular transactions. That enabled me to acquire the necessary confidence very quickly, and also to learn how to handle situations with external business partners. It’s the only way to be successful in transactions."

CEO Bütter believes that taking responsibility has nothing to do with age, but depends more on an employee’s abilities and personality. “We have young staff members who can and should be given significant responsibility. It’s incumbent on all managers to enable and support that,” says Bütter. For Ann-Kathrin Falchi – who joined Union Investment as a trainee in 2018 after working in other roles in the real estate industry and is now portfolio manager of three pan-European special real estate funds – it was particularly important to gain insights into different areas of the business so she could map out her future career path together with company management.

“For Next Gens, the biggest challenge is taking control of your career path and finding out where you can use your strengths most effectively. What am I really passionate about? Personal reflection provides only part of the answer, active communication and interaction with experienced colleagues is also essential,” says Falchi. Sunniva Stüven, who commenced her career at Union Investment this year as a Junior Investment Manager for the DACH region, says: “Next Gens don’t expect to be offered a management position without using their own initiative. What they do want, however, is collaboration on an equal footing. We can deliver added value by providing a fresh perspective on things and are keen on cross-mentoring opportunities.” It’s important to actively promote the exchange of ideas and information, she says, and to see this as beneficial for all the generations within the company. 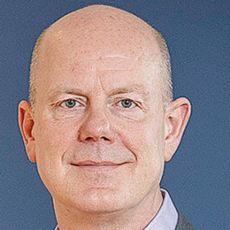 We need more talented young people aged between 20 and 35. The wealth of experience amassed by our older colleagues needs to be passed on to the next generation to avoid it being lost to the company.

Presented for the first time: an award for the top 30 under 30s

Falchi and Stüven both won awards this year. They each received a Most Aspiring Talent (MAT) award, 30 of which were presented for the first time, ranking them among the “Top 30 under 30s in the German real estate industry 2021”. The MATs and other committed young professionals have been identified as likely to come up with innovative solutions and ideas to address problems in the real estate industry. However, there are still obstacles to be overcome before junior employees can establish themselves successfully, according to the findings of a survey of 170 participants carried out by the MAT Network’s Next Gen Mindset Initiative. “Around 50 percent of the respondents believe there isn’t enough support and mentoring for talented young employees in the real estate industry,” notes Stüven.

Respondents also felt that the feedback culture and hierarchy structures needed to be improved. It’s no surprise that partnerships between the generations and team culture are becoming increasingly important in the war for talent. “Everyone involved has a part to play in ensuring effective communication and avoiding misunderstandings,” says Stüven. According to Falchi and Warmbold, other concerns for the Next Gen include approachability and interaction on an informal level. Both aspects have suffered somewhat under Covid restrictions. Would using first name terms, which is the exception in German workplaces due to the language having a formal and informal you, help to break down barriers? “I think it’s still possible to be very  approachable if you stay formal,” says Falchi. “But the informal pronoun makes lots of things more straightforward. For example, when you’re establishing a strong personal network of contacts.” With regard to cross mentoring, the young real estate expert has some good advice for new career entrants, given the huge benefits of effective networking: “It’s very important to talk to people from other companies on a regular basis and discuss issues in depth.” Falchi doesn’t regard her involvement in forums and voluntary roles as work. “I really enjoy talking to other people and sharing ideas,” she says. That sometimes takes up two evenings a week, according to the portfolio manager, but it’s time well spent.

Next Generation Board to advise the Management Board

In the near future, the management of Union Investment’s Real Estate segment under Dr. Bütter’s leadership will also invest more time in Next Gen collaboration. A new approach will see a dedicated board established to facilitate exchange between the two sides. Ann-Kathrin Falchi had the original idea, and it was warmly welcomed by representatives of all generations. A young, interdisciplinary committee ideally consisting of equal numbers of women and men will be set up. Called the Next Generation Board, its function is to advise management on decisions of major importance and to act as a driver of change. That underlines just how open and broad the lines of communication between the generations have become within the company. Both sides are likely to find the experience exciting and instructive.