The glass building opposite Berlin’s Ostbahnhof station features deep indentations, as if a giant had grabbed an axe to carve huge notches into each side of the 80 by 80 metre cube. From above, the former department store dating from the 1970s now resembles an X and has become a stunning new landmark. Prior to being converted into a nine-storey office building with retail space on the ground floor, the property was rather forbidding, with a mostly blank façade and just a few windows. Hardly any daylight was able to penetrate the building’s interior. That has now changed dramatically.

Developer Signa Real Estate took radical action to create a light, bright office landscape. The building was completely gutted, given a sophisticated glass façade with small balconies and renamed Up! It was handed over to Zalando, the main tenant, in spring 2021. Signa opted for refurbishment rather than a new build for environmental reasons, to reduce CO2 emissions. It calculates that 8,229,504 kilograms of CO2 were saved as a result.

Saving CO2 was also an important factor on another Signa project in Berlin – the Karstadt department store on Hermannplatz square. The property developer expects to achieve a 70-percent reduction in CO2 emissions compared to demolition and constructing a new building. In this case, the long-established department store will continue to operate as such. Timber-framed office storeys will be added, alongside a publicly accessible roof terrace with a restaurant, while the store will have a more modern focus on regional and environmentally friendly products in a bid to improve its lacklustre performance. The lack of daylight has already been addressed by the existing light wells. Two planned towers will contain space for the arts and culture. A jazz bar, concerts or a gallery are among the options for achieving greater vibrancy.

Flexibility is a big part of the plans. “We always aimed to be usage agnostic when designing the floor plans and spaces,” says Signa project manager Thibault Chavanat. Accordingly, any future conversion from retail to offices, residential use or a hotel would be straightforward. “This flexibility also safeguards the value of the building,” Chavanat adds. “Plus it makes the building more sustainable because flexible options mean it’s less likely to be demolished."

The wider Karstadt complex includes other buildings that will be upgraded over the coming years, along with some new construction, so an information campaign is vital. Recognising this need, Signa has been engaged in a dialogue with customers and local residents for two years. The developer provided information via flyers, social media, a dedicated website and regular consultation sessions. One request that came out of this was to create a crèche on the roof terrace of one of the buildings. “Dialogue generates new contacts and ideas that we wouldn’t have come up with ourselves,” says Thibault Chavanat.

Jens Imorde, managing director of project and cultural consultancy Imorde Projekt- & Kulturberatung and of Netzwerk Innenstadt NRW (a network of cities and communities in North-Rhine Westphalia working on urban development), has had similar experiences. When students at the Technical University of Dortmund were consulted on the plans for a local project, they suggested turning a former department store into a self-administered shelter for the homeless that provides accommodation and access to training. “That’s really exciting!” says Imorde. “Students think outside the box. They’re not wedded to the idea of doing things the way they’ve always been done. When it comes to the future of our city centres, we need the same kind of blue-sky think-ing that doesn’t just focus on economic viability.” Whether through informal dialogue or official civic participation, whether providing information, planning or making decisions together with neighbours, students, experts or other stakeholders, Jens Imorde believes that “in future there will be many more engagement options". 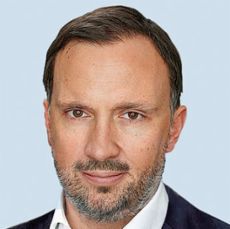 Every third or fourth city centre building in major cities will become mixed use over the next two decades.

Failure to listen properly and look in detail at the area around a property can jeopardise the success of a redevelopment project. What is needed? Housing, manufacturing, leisure facilities or doctors? Where can synergies be harnessed? “Considering specific regional features is of crucial importance with such schemes,” says Jens Imorde.

Another point is whether the ideal solution is conversion, partial demolition or a completely new building. “Sometimes a new build is cheaper or more cost effective than refurbishment or transformation. That depends very much on the quality of the building. Conversion is more complex and carries greater construction cost risk,” says Martin Mörl, managing director of developer and property management company Girlan Immobilien, which is currently working on plans for the empty Karstadt building in Neumünster on behalf of savings bank Sparkasse Südholstein. As the property owner, the bank has opted for partial demolition of the former department store and intends to use the refurbished building as its corporate headquarters.

In addition to offices, there will be space for the municipal library, a food outlet and – on the ground floor – for retail. “Retail definitely belongs on the ground floor,” agrees Josip Kardun, Chief Investment Officer at private equity investment manager Mark. He predicts that “every third or fourth city centre building in major cities will become mixed use over the next two decades, it’s an irreversible trend.” Mark has already implemented projects of this kind in London and Milan.

Real estate investment manager Redevco recently opened Le 31 in Lille’s pedestrian zone. A struggling shopping centre has been transformed into a vibrant mixed-use property featuring coworking spaces, a four-star hotel, retail, hospitality, a climbing wall and 600 parking spaces. To achieve this, the building was completely gutted and upgraded, including additional storeys and a glass façade.

The transformation of Berlin shopping centre Ring-Center 1, meanwhile, is still at the conceptual design phase. If everything goes to plan for real estate investment and management company Kintyre, the building will reopen in 2024. The amount of retail space will be reduced, with offices and professional premises being created on floors three to five along with a leisure offering. As a fun extra, there could be a running track on the green roof – for fitness enthusiasts from the potential gym and anyone else who doesn’t wish to run round a dark park.

The roof garden included in Kintyre’s Märkisches Quartier urban regeneration project in Berlin will actually resemble a park. The green heart of this urban ensemble is set to cover 8,000 square metres and will feature plenty of trees, two play areas, a rooftop bar, urban gardening and beehives. Seasonal produce from the roof garden will then be sold in the market hall below, along with a wide variety of other foods. At the moment, however, digger drivers are still toiling away on the giant building site, preparing the ground for the new 20-storey residential tower with the market hall on the ground floor, which will connect with the existing shopping centre. As was the case with various other buildings in the area, the Märkisches Zentrum in north Berlin was getting long in the tooth. The shopping centre was refurbished some years ago and tenants signed up who would fit with the new vision for the area. Now the shopping centre just needs to be aligned with the new build so that the same design language appears everywhere. Short distances are a key aspect of the development.

The aim is for all daily essentials to be available locally and accessible within 15 minutes: living, working, food, play, doctors, sport. Flexibility is the watchword here for all upgrading and new builds. Comments Ted Walle, Kintyre partner and Head of Center Management: “It’s important that a building should adapt to social change rather than the other way around.”