The coronavirus lockdown boost to online shopping from millions of households across Europe and the UK has coincided with the convergence of logistics and battered retail real estate yields for the first time ever on the Continent. The historic tipping point in the diverging fortunes of the two property sectors is graphically illustrated by the shuttered store fronts multiplying on European high streets and the acceleration in repurposing retail properties for other uses, while demand for warehouse space heads relentlessly higher.

Hamid Moghadam, president of Prologis, the world’s largest logistics real estate company, described the global logistics market in the first months of 2020 as the “tightest” he had ever seen, with the Covid-19 crisis accelerating pre-pandemic trends towards expanding e-commerce at the expense of hollowed-out retail districts, particularly in smaller towns and cities.

Amazon is the poster child for this development: at the end of July, the e-commerce giant reported Q2 revenues were up 40 percent year-on-year, while its online grocery sales tripled during the period. In its earnings release, the company said it had doubled its investment on property in the second quarter and used capacity that it didn’t think it would need until 2021. After already increasing network square footage by approximately 15 percent in 2019, chief financial officer Brian Osalvsky now expects a “meaningfully” higher year-over-year square footage growth of approximately 50 percent in 2020.

of participants in the latest investment climate survey by Union Investment expect more capital to be channelled into logistics.

Logistics sector a clear beneficiary of the crisis

The logistics market’s enviable fundamentals in a Covid-19-battered world have also attracted the attention of equity investors, with listed companies like Prologis, SEGRO, Tritax Big Box and EuroBox, and London Metric Properties able to maintain their dividend payments from the mostly steady flow of rents from tenants.

The performance of logistics real estate companies contrasts sharply with that of most retail landlords, particularly in the UK. London-based shopping centre manager Intu was already collapsing under a mountainous debt pile before the pandemic, but Covid-19 dealt it a fatal blow. The company’s shares were suspended at the end of June at a fraction of its net asset value, prompting Jefferies analyst Michael Prew to comment in the media that shopping centre valuations among its sector peers in the UK could fall by as much as 50 percent. Intu’s UK rival Hammerson is also flailing; in early August, it sold off its 50 percent stake in Via Outlets to Dutch pension fund APG and announced a rights issue in a bid to shore up its severely dented financial position.

is the increase in revenues reported by online giant Amazon in Q2 2020. 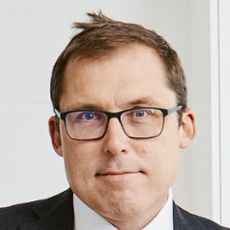 Some stores are combining sales with deliveries or a pickup function… clearly, the final mile is still evolving.

Retail is being battered by collapsing sales and store closures

So far, their European counterparts have been faring somewhat better, but they too are suffering. At the end of July, Europe’s largest retail property owner Unibail-Rodamco-Westfield reported a 27 percent drop in first-half earnings, prompting it to devalue its portfolio by 5 percent over the period. Earlier this year, German department store giant Galeria Karstadt Kaufhof announced it is closing 62 of its 172 stores after incurring heavy sales losses, and other countries across Europe have their own examples of struggling department stores and mid-market fashion chains.

As retailers and retail landlords try to regain their footing following the lockdowns, a glimpse of the new normal is starting to emerge. Data released by market research company Forrester in early July indicates online sales accounted for 33 percent of all retail purchases in the UK in the first half of 2020, up from 21 percent at the start of the year, but it is not a given that the pace of e-commerce growth will be sustained, especially with consumer confidence and behaviour continuing to reflect the ongoing uncertainty of the Covid-19 crisis.

“The question is: How long will the peak that we have seen during the lockdown last? We think the 20 percent penetration level in the UK before Covid is a good benchmark for the rest of Europe, which is far behind the UK with an average of about 11 percent. There are some exceptions in northern Europe, like Germany and the Netherlands, but other countries, particularly in southern and eastern Europe, are still well below 20 percent,” Savills’ commercial research director, Eri Mitsostergiou, said.

“Different countries in Europe are travelling at different speeds towards the forecast of 18–20 percent by 2025. It may go up a bit if the pandemic accelerates again, but certainly not to 50:50,” she added. 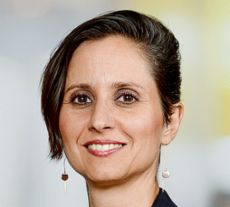 Different countries in Europe are travelling at different speeds towards the forecast of 18–20 percent online penetration by 2025.

Surging e-commerce is propelling the logistics sector to new heights

The logistics sector’s buoyant long-term prospects are being further underpinned in Europe and the US by ongoing international supply chain reconfiguration amid a trend towards ”near-shoring” among manufacturers and rising base inventory levels after a decades-long practice of just-in-time supplies. These trends are predicted to intensify following the supply chain disruption caused by the pandemic.

Investors need to rethink and reassess what is driving the market

The retail real estate investment sector, meanwhile, faces mounting hurdles in its traditional operational model, including a restructuring of standard leases, falling rents and asset prices and increasing failures among its retailer tenants. The repurposing of obsolescent retail premises is slowly getting under way and may be spurred by emerging evidence that e-commerce tenants are paying higher rents for converted spaces. In the UK, an online grocer is believed to be forking out more for a former retail property in the south London suburb of Merton than the previous tenant, a DIY chain store.

The favourable rental repricing of previous retail properties as warehouses may well facilitate the growth of “last mile” logistics centres in urban peripheries, Nick Preston, fund manager at Tritax EuroBox, says: “Amazon recently leased an old Toys R Us store in Croydon to the south of London and we’re seeing more examples of conversion of tertiary retail. Some stores are combining sales with deliveries or a pickup function… clearly, the final mile is still evolving.”

The impact of the Covid-19 crisis on the retail sector was immediate and dramatic as lockdowns took hold, with supermarket sales surging and a string of bankruptcies surfacing in the fashion and department store segments. What will the market have to look like post-virus to survive?
Covid-19 is a real stress test of our business and will accelerate macro trends that were already visible. The shift to online and omnichannel will speed up in the next year or two instead of taking place gradually over a period of five to ten years. A number of companies, including Redevco, were already shifting the emphasis from their retail specialism to retail-led urban real estate. Covid-19 has accelerated that process.

How is the dramatically increased use of online shopping affecting the retail sector in general and Europe’s high streets in particular?
I’m not convinced that all of these changes – like the stronger demand for online grocers – will be lasting. There has been a generational shift and some people are getting more used to shopping online at home, but supermarkets also give people a reason to go out. Between 40 percent and 60 percent of consumers still bought their groceries in store during the initial lockdown period. Technology may change the way we shop, but we’re also seeing a lot more people buying locally, in particular local produce and artisan goods. During the lockdown, there were long queues outside my local bakery in Hoxton. The shift to online is not biting significantly into food, but it will bite into commoditised goods such as electronics and sporting equipment sold in stores.

Undercapitalised businesses and less known or weaker brands will be among the potential losers, but they probably wouldn’t have survived anyway. Retailers that are doing well are those that describe themselves as ethical, like Patagonia, but also independent stores and strong local brands.

The market shake-out could pave the way for new and existing players to step in to buy, revitalise or repurpose obsolete assets, a research report from the Urban Land Institute (ULI) concluded in June. Do you think a fall in valuations will be an important trigger for the sector to adapt to a "new normal"?
So far (in the crisis) there has been a dearth of retail real estate transactions so it’s hard to say where values will end up, but nobody thinks they will increase. We believe this will throw up opportunities and are positioning ourselves as an organisation to repurpose space and further diversify our portfolio.

Where do you see opportunities?
Residential is an obvious candidate for retail property conversions, given the very positive market dynamics in many large cities across Europe struggling with soaring demand for affordable housing that is not being met by sufficient supply. Offices also offer alternative potential use for retail premises, but there is a question mark hanging over how the sector will be configured in a post-pandemic world. Logistics is on a roll thanks to the growth of e-commerce and we have been looking at urban logistics fulfilment and the potential for converting obsolescent retail properties. Investing in sectors with tailwinds makes good financial sense.