There has been no shortage of digital innovations to cope with the fallout of the coronavirus crisis. Technology companies Cradle Point and Rigado have presented the Safe Workplace Solution. Real estate agent Cushman & Wakefield came up with a concept for the Six Feet Office. US startup Globe launched an app that lets users buy time in empty flats, offering an escape for those who want to work for a while without children underfoot or need a change of scenery.

Digital and online innovations will likely emerge as winners from the Covid-19 shake-up, as people have become more comfortable with remote video conferencing and e-commerce purchases have rocketed online. There will be losers as well. The long-awaited “sharing economy” may take a hit. In a report on the impact of the pandemic on mobility, Deloitte noted that the use of shared modes has declined in favour of privately-owned options. A broader question is how Covid-19 might impact cities in general. “Almost overnight, many of the benefits of large, global cities have become vulnerabilities,” writes Mark Kleinman, Professor of Public Policy at King’s College London. “What was previously greatly desired – crowds, proximity, connectivity, openness – is now feared.”

Cities may become very different places, where, for example, knowledge workers work from home as much as they commute to the office, delivery vehicles are necessarily electric and the slow process of reimagining the High Street gets speeded up, notes Kleinman. 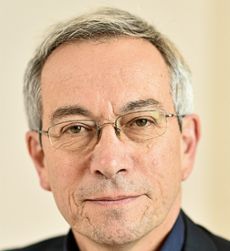 The smart cities of the future involve many unknowns

In the face of this uncertainty, Paul Blakeman, Head of Innovation at UK-based smart city consultancy Urban Foresight, advises investors and developers to focus on the backbones of the future city: the energy networks, the 5G data networks, the charging infrastructure for electric mobility. “The innovations and use cases that will be developed are hard to predict, but if you have the backbones in place, you will have the flexibility to deal with unforeseen changes,” he says.

Blakeman said there will be a future massive dependence on charging infrastructure that builders will have to come to terms with: “Many public transport services may struggle to survive in their current form and as people don’t go into the office as often as before, they may be willing to commute further.” The concept of the smart city was originally built on another type of “backbone” – the digital platform. This was expected to become the hub around which smart startups would build “use cases” that would transform the urban environment. Blakeman observes that the smart city has not lived up to this promise. “Cities have invested heavily, but the returns have been disappointing. It’s been too much about providers pushing platforms instead of meeting real needs.”

Helsinki’s “innovation company”, the smart city developer Forum Virium, is trying to avoid this pitfall. Pekka Koponen, Director Smart City at Forum Virium, said it is of crucial importance digital platforms are based on open-access standards if they are to perform their task of enabling the growth of new businesses. 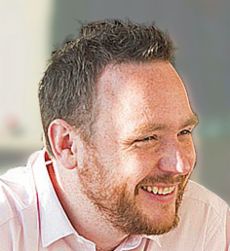 It’s been too much about providers pushing platforms instead of meeting real needs.

One of the Finnish capital’s showcases is the “smart neighbourhood” of Kalasatama, where multiple smart housing automation and energy solutions are being deployed. Think of self-emptying rubbish bins and two-way smart grids that can transport both energy and information. Most of the heating, lighting and safety services used in Kalasatama are based on open-access standards, Koponen says. This allows small and medium-sized enterprises to offer new services to households, for example apps to manage energy and water consumption, without having to deal with Big Tech companies.

Rotterdam in the Netherlands is taking the idea of open access and citizen involvement one step further. The city is developing an interactive “digital twin” of the entire city. “Most platforms being used today facilitate the exchange of data. They are essentially marketplaces. The digital twin we are building will offer a 3D representation of all objects in the city, from lamp posts to buildings to roads and park benches. These will be combined with real-time information on their use provided by sensors and cameras,” Ronald van der Heijden, programme manager at Digital City Rotterdam, explains.

The digital twin will offer users, including real estate companies, amazing new possibilities. “Think for example of how new buildings fit into the existing city. Developers can use the digital twin to show how their projects will impact the neighbourhood. This will make communication with residents much more transparent. They can also use the digital twin to discover new opportunities in the city,” Van der Heijden adds.

Like Helsinki, Rotterdam will be using common interfaces and open data standards. “The most important thing for us is trust. Every one of us will both be a source and a user of data. It has to be absolutely clear how this data is managed,” Van der Heijden says.

The biggest challenge is gaining the trust of users

Marcel van Oosterhout, Associate Director at the Erasmus Centre for Data Analytics in Rotterdam, who headed a research team that published a study on Urban Data Platforms in Europe earlier this year, agrees: “As part of the EU-funded project Ruggedised we conducted a survey of 100 cities in Europe about their smart city activities and found that trust is the number one challenge.”

Van Oosterhout, whose Centre works with the private sector on data projects, says real estate companies should assume a new role in the city of the future – helping to manage areas, to keep cities liveable, sustainable and safe. “But to do this they need to be able to work with data and that means they need to be trusted.”

The Dutch “smart cities investor” Primevest Capital Partners in Utrecht has come up with a unique concept for municipal authorities to make their cities both sustainable and smart, based on one of the oldest and most trusted urban technologies – the lamp post.

“Cities have to meet a number of demands. They are required to make their infrastructure available to telecom operators to accommodate 5G antennas. They have to measure levels of fine particulate matter and other pollutants. They need to manage traffic flows. They must reduce their energy use. They have to provide infrastructure for electric vehicle charging. And they are responsible for public safety. We have a solution that allows them to tackle all these tasks at once – the smart lamp post,” Bart Pierik, Managing Partner at Primevest CP, says.

Primevest hit on the lamp post as a multi-purpose solution when they were trying to find the ideal location for 5G antennas. “The rollout of 5G means antennas will have to be installed throughout the country every 500 to 800 metres,” Heimen Visser, Fund Manager Communication Infrastructure at Primevest CP, says. “We found that lamp posts are ideal for this, because of their height, their connection to the power grid and because there are so many of them. Then we figured that they are also an ideal location for cameras, sensors and charging points for EVs, enabling cities to perform a lot of other tasks,” Visser concludes.

Armed with this insight, Primevest CP set up the “Smart City Nederland” initiative, in partnership with state-owned BNG Bank. The Dutch bank offers municipalities a practical roadmap to help make their cities more sustainable and smart at the same time, all based on the reimagining of one of the oldest street technologies – the lamp post.