French joie de vivre on a balcony? There’s certainly a lot to like about the generous open-air living spaces of L’Arbre Blanc. The distinctive white building in Montpellier, southwestern France, pays tribute to balcony architecture and is ideally suited to the Mediterranean lifestyle of its residents. With its filigree platforms, this elegant residential building resembles a fairytale tree with slender, sun-seeking branches. A total of 193 irregularly arranged balconies create a unique appearance. Locally, the 56-metre-high building on the banks of the river Lez provoked much head-shaking about the excesses of modern architecture. After all, the balconies at L’Arbre Blanc have very little in common with the traditional French variant, which only protrudes minimally from the façade.

These balconies, by contrast, extend several metres from the white tower block. Each of the 113 luxury apartments has at least one of these extraordinary outdoor spaces, which measure up to 35 square metres. With its fluid boundaries between indoors and outdoors, the Franco-Japanese team of architects behind L’Arbre Blanc designed the perfect building for this sun-drenched city. The balconies don’t just offer outstanding views and a stylish external living space, they also provide shade and cooling. As such, they’re a delight for anyone wanting to enjoy proper downtime at home.

A balcony – a structure that juts out from a building and is surrounded by a railing, balustrade or parapet – typically promises a superior living experience. That’s something tenants and homeowners very much appreciate in urban environments. Particularly in these times of coronavirus, self-isolation and social distancing, such spaces are highly prized. Back in spring, balconies were the ultimate place to be for many city dwellers, providing a taste of outdoor normality during the crisis.

In fact, people with balconies have been privileged since long before coronavirus reared its head; outdoor space not only offers convenience, it also boosts the value of residential property. Balconies are considered a luxury and thus come with a price tag. Property platform Immowelt.de decided to crunch the numbers and compared the rent on German apartments with and without balconies in 2018. The results showed that tenants pay up to a third more for apartments with a balcony in Germany’s 14 biggest cities. And that’s despite the fact that only 25 to 50 percent of a balcony counts as living space and generally makes very little difference to the overall floor area. “The additional cost tells us a lot about the high value placed on a private refuge,” concluded Immowelt.de, before going on to say that “balconies have now become a standard feature on new builds.” 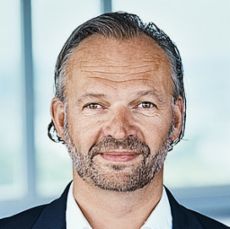 For overhanging parts of the building, such as balconies, it’s necessary to apply for the right to encroach when building right up to the boundary line.

Balconies are a marker of a high-quality home

Peter Friedrich Berchtold, Head of Sales at Austria’s Buwog Group, shares that assessment. “Every new-build home we offer now has its own outdoor space. This strategy is a direct response to extremely high demand,” he says. Nevertheless, a Buwog development in western Vienna sounds rather unusual. At the Kennedy Garden complex, four of the six buildings will be based on a “garden frame” design. Rather than having a balcony or open-air space for each apartment, there will be one for each room. “Generous and individually configurable outdoor spaces are a core criterion for high-quality apartments,” explains Love Architecture and Urbanism, the project planning team behind the garden frames. To go one better than such a luxurious specification, you probably need to consider social balconies. The term refers to a balcony system designed to bring neighbours together, which was developed by Edwin Van Capelleveen. Using modular components, existing balconies can be linked to create urban spaces for shared activities.

The significance of balconies for quality of living becomes apparent when repurposing office buildings, which rarely if ever have such features punctuating the façade. There’s a variety of reasons for this, as Bent Mühlena, Head of Real Estate Project Management at Union Investment, explains: “In many countries, office buildings have sealed façades to ensure efficient functioning of ventilation and air conditioning systems. Safety aspects also play a role, as does the question of how far balcony areas should be taken into account when calculating rent and whether they’re necessary at all in office scenarios.” Accordingly, conversion of offices into homes often requires retrofitting of balconies.

Office buildings can be repurposed as homes by adding balconies

In the former Thyssen Trade Center in Düsseldorf, now known as Living Circle, the conversion of an entire site is immediately apparent from the new balconies. When it proved impossible to let the around 33,000 square metres of office space, some 340 residential units were created in this ensemble of commercial buildings, featuring new, partially unsupported balconies.

It was a similar story with the former headquarters building of the Federation of German Industries (BDI) in Cologne, which has been converted into a residential high-rise and renamed Flow Tower. “The curved lines of the new balconies mimic the dynamic shape of this landmark building,” comments JSWD, the firm of architects responsible for design and conversion. Architects and clients have considerable flexibility when there’s adequate room for balconies, but things are rather different in cramped city centres. In expensive core locations, the aim is usually to make the best possible use of a plot by building right up to the boundary line. “For overhanging parts of the building, such as balconies, it’s necessary to apply for the right to encroach, which many cities are unwilling to grant,” reports Mühlena.

That’s why the Kolb 13 apartment block on a main traffic artery in Frankfurt’s Sachsenhausen district was converted without adding balconies; instead, the plans featured loggias. These “were carved out of the interior of the former office block and now offer residents a high quality, private, open-air space,” explains Jürgen Steffens, founding partner of Cologne-based JSWD. The treatment of exterior spaces attached to a façade has often inspired architects to come up with innovative and exciting designs. Architects Aedas, for example, incorporated several inviting external areas into the façade of the 18-storey Lè Architecture building in Taiwan. The unique architecture and accessible outdoor spaces make this office building on the Jilong river in Taipei an exceptional work environment. Balconies often lend a sculptural quality to a building, as with the Aqua Tower in Chicago. The slowrippling, white concrete balconies also help to break up wind vortexes and minimise the effect of wind shear.

Balconies additionally play a major part when it comes to combining nature and architecture. The Bosco Verticale building by architect Stefano Boeri has been setting standards in this regard since 2014. The twin green towers in Milan are famous the world over for the 20,000 shrubs and 800 trees growing on their balconies. Their purpose is to provide a better microclimate for the apartments, to filter out dust from the air and to produce oxygen. The 1.3-metre-deep concrete tubs on the balconies provide ideal living conditions.

For those wanting more of a kick from an urban balcony, observation decks are popular and iconic locations. New York City is home to several well-established favourites and also new hotspots, like the platform on the 30 Hudson Yards office building, which opened earlier this year. The Edge protrudes 20 metres outward from the office tower at a dizzying height of more than 330 metres and features a glass floor opening. The super-sized balcony is open to the public.