places and spaces: Mr von Bothmer, in the recent city ranking by Union Investment and bulwiengesa you explored the most promising locations for investment in student housing – and not just in Germany. What conclusions did you reach?

It was not all that surprising that Münster, a German city with almost 60,000 students and a good quality of life, topped the list. Current surveys show that Münster is the most liveable city in the state of North Rhine-Westphalia. After Münster, the best cities for investment are Cologne, Stuttgart, Karlsruhe and Hanover, according to our analysis. Cities at the lower end of the scale are Kaiserslautern, Bamberg, Greifswald and Chemnitz, trailed by Trier. The major European cities Dublin, Amsterdam, Paris and Vienna were also included in our analysis and rank among the top third. 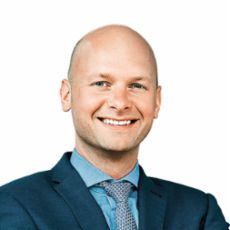 There is market potential for some 29,500 student apartments in the class A cities alone.

Why did you decide to take an overall look at these very different cities?
A strategy of sticking exclusively with class A cities would have neglected the particular opportunities offered by Münster, Karlsruhe, Hanover, Ulm, Braunschweig, Darmstadt or Koblenz. The Top 20 group of cities offering the best background conditions for investment in the student housing segment includes an interesting mix of all seven German class A cities, the most important European university cities, and a number of hidden champions.

The authors consider €500 per month for student housing to be the price threshold at which a project will be of interest to developers given current building costs and land prices. Does the market reflect this view of things?
The cumulative market potential for student apartments above €500 per month (all-in) is 67,500 units in the 61 German university cities included in our study. There is market potential for some 29,500 student apartments in the class A cities alone, meaning that the class A cities can claim 44 percent of the market potential in this price segment. We are particularly positive about the potential for this segment in Munich and Cologne, followed by Hamburg, Berlin and Stuttgart.

The market study “Student Housing 2019”, including city scoring, can be ordered at www.realestate.union-investment.com

Being able to build the supply of housing that is needed while ensuring profitability for project developers and investors, particularly in the most popular cities and locations, will require the use of simpler concepts, such as shared kitchens or bathrooms. Public authorities could also help remedy the shortage of supply by reducing some building requirements, particularly those for parking places, and by doing a better job at harmonising state building codes.