14 buildings, 419,000 square metres of floor space, a mix of apartments, office space, restaurants, stores, hotels and even a cruise terminal: the Überseequartier in Hamburg’s HafenCity is a one-of-a-kind project in Germany's booming real estate market. The developer, Unibail-Rodamco-Westfield, calls it "one of Europe's most significant and innovative mixed-use quarters." But the property group is concerned not only with quantity, but with quality as well. "Our goal is to develop a lively, urban district and fill it with the latest trends, concepts and innovations", says Andreas Hohlmann, CEO of Unibail-Rodamco-Westfield Germany.

A growing number of project developers are setting similar goals – some voluntarily, and others due to pressure from the public sector. These days, more and more communities choose the project developer with the best concept when awarding contracts for plots of land rather than simply selecting the highest bidder. And cities set clear guidelines for drafting development plans as well. For example, they may require project developers to include a specific mix of usages, construct social housing, take over infrastructure services (such as schools and kindergartens), create especially high-quality green spaces or ensure energy efficiency that exceeds statutory requirements.

Communities’ requirements have grown, confirms Klaus Küppers, Head of Project Development at Pandion Real Estate GmbH. This makes "development projects more complex and risky from both a planning and economic perspective". Bent Mühlena, Head of Real Estate Project Management at Union Investment, expresses understanding for the public sector's approach. "I can certainly comprehend their responsible handling of a shrinking amount of space", he says. "We like to take on these kinds of challenges, because we’ve always had high quality standards for our buildings." For that reason, Union Investment is participating in tenders for public plots of land together with project developers – for example, in a part of the Kenniskwartier (Knowledge Quarter) in Amsterdam where Edge Technologies is acting as the project developer. 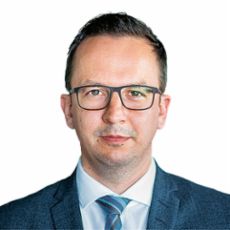 Communities’ requirements have grown. This makes development projects more complex and risky from both a planning  and economic perspective.

According to those in charge, the Kenniskwartier in the Zuidas business quarter should be developed as a mixed-use district with scientific institutions, offices and housing. The community’s requirements are accordingly high. "This tender is unique due to its intense complexity", says Sandra Thesing, Deputy Director at the Amsterdam Zuidas Development Office. "The municipal government has set the bar extremely high with regard to sustainability and spatial quality." The same applies to other city development projects in Europe – such as the major city expansion in Northeast Vienna, which is known as Aspern Seestadt. "As a rule, plots of land are sold only to investors who pledge to comply with certain quality criteria", says Heinrich Kugler, Executive Board Member of Wien 3420 AG, which is developing the district on behalf of the Viennese magistrate. Project developers have to implement the Seestadt mobility concept and adhere to the strict criteria of the TQB (total quality building) certification system developed by the Austrian Sustainable Building Council.

These types of criteria also play a prominent role in Hamburg’s HafenCity, where Unibail-Rodamco-Westfield is building its Überseequartier district. "A differentiated concept definitely plays a crucial role in the selection process", says André Stark, spokesman for HafenCity Hamburg GmbH.

Therefore investors have to prove that their project meets the criteria for the Ecolabel developed by HafenCity and follows HafenCity’s mobility concept. It requires carsharing for non-residential buildings and a charging infrastructure for electric cars. Moreover, the project developers commit to holding an architectural competition with international participation. And finally, according to the spokesman, "differentiated usage concepts" that include a mix of different residents and a variety of uses are in demand.

Thus, the mixed-use aspect emerges as the central challenge facing project developers and investors. For architecture and city planning experts, this requirement is long overdue. “The fundamental prerequisite for successful integrative city planning is enabling functional and social diversity”, according to the Düsseldorf Declaration on Urban Planning Law passed in 2019 and signed by leading urban development experts.

Representatives from the real estate sector also believe this is a positive approach. “A healthy mix of uses is always an advantage for a district”, says Andreas Steyer, CEO of Consus Real Estate, which collaborates with its subsidiaries, SSN Group and CG Group, two of Germany’s largest project developers. “We always build a city in the city, where housing is supplemented by offices, local suppliers or a hotel. This creates a true urban life, not just a commuter town.”

Bent Mühlena from Union Investment has a very similar view. “The idea of a district makes especially good sense with inner city plots of land above a certain size, but mixed usage plays an increasingly important role here”, he argues. And he points out that Union Investment already recognised this trend in the 1990s: Back then, the Hamburg-based investment manager built several “City Quarter” districts, including the DomAquarée in Central Berlin. The DomAquarée is home to not only a hotel, apartments, offices and retail spaces, but a spectacular large aquarium as well. Mühlena concedes that property management is more complicated in such cases than with monofunctional properties. But modern, digitisation-driven tools have paid off by increasing customer loyalty.

“Living and working are converging”, says Jürgen Schorn, Managing Partner at Bauwerk Capital. “Purely residential areas without commercial uses fail to create an urban quality.” Bauwerk Capital is taking this approach in its Kupa-Quartier district in Munich-Pasing: the company is planning a quarter with 175 residential units and 5,500 square metres of office space. The office space is being created in a former envelope factory that is a protected historical building.

Sustainability requirements for projects are also on the rise. This means more than just energy-efficient buildings, it also increasingly refers to innovative mobility concepts. This development is emerging from the trend that owning a car is becoming less important, at least in big cities. "Having developers of residential and commercial building projects integrate mobility offerings into their concepts is the logical consequence of this trend", says Jürgen Schorn of Bauwerk Capital. For the Kupa-Quartier district in Munich-Pasing, his company has therefore developed a comprehensive mobility concept that envisions a mix of cars, e-bikes, e-cargo bikes and e-scooters. However, Schorn doesn't see himself as driven by the government. Quite the opposite: he views himself as a trendsetter aiming to make officials realize that the traditional carpark formula of one parking space per residence no longer reflects the social reality.

In addition to local government and community agencies, project developers and investors have to bring another actor on board: the public. Participation processes that go beyond those required by law are increasingly finding their way into catalogues of requirements formulated by the cities. For example, developers of the Ulmer Höh’ district in Düsseldorf had to host open meetings where residents could help shape the city’s building plans.

And if they don't succeed in getting citizens on board? Then even the most ambitious project can fail. The Ten-Brinke-Group had that unpleasant experience in 2018 when it won the tender for developing the area around the train station in the Bavarian city of Memmingen. The developer planned a mix of offices, a hotel, retail spaces and apartments. But that failed to convince the public and 60 percent of the town's residents voted against the project in a referendum – which resulted in the city putting a stop to the planning.