European logistics and industrial real estate has emerged as the hot investment sector in recent years, with prices steadily climbing and yields compressing on the back of burgeoning demand for space from the e-commerce phenomenon. Continental European warehouse rental growth has lagged in the UK until recently, but there are strong signs that markets such as Benelux, Germany and France are playing catch-up. Rental growth is on a steep upward trajectory, and investors that anticipated the trend are now well-placed to reap the rewards, leading market analysts say.

Investment into continental European warehouses has increased 14 percent per year on average since 2013, outpacing the overall real estate market’s 9.0 percent, according to figures from Real Capital Analytics (RCA). In 2018 logistics deal volumes hit a record €28 billion. The Netherlands, Spain, Poland and Norway all saw record investment flows in 2018, while it was close to a record year for Germany.

“Due to the short development times involved, more and more investors are investing in logistics real estate projects at an early stage by means of forward funding,” notes Stephan Riechers, Investment Manager responsible for logistics acquisitions in Europe with Union Investment Real Estate.

While below the 8.0 percent seen in the United States and global average of 6.0 percent, it represents a near doubling of the rate from 2017. Prologis points to two key themes: First is the robust rent growth seen in mature markets such as Munich, the southern Netherlands, Gothenburg and Prague, driven by strong market fundamentals and land scarcity. Second is that markets such as Paris, Warsaw, Silesia and Milan are in the early phase of the rental cycle. The new supply pipeline is more subdued and rents remain closer to their historic lows, creating the potential for rapidly-improving market conditions.

Due to the short development times involved, more and more investors are investing in logistics real estate projects at an early stage by means of forward funding.

“We expect to see strong rental growth across all major markets again in 2019, driven by historically high occupancy levels and limited amount of new available supply,” says Ben Bannatyne, President of Prologis Europe. “This can be seen both through the fall in incentives being granted and the increase of headline rents.”

Robust occupational demand, combined with constrained and disciplined supply, provide the underpinnings for the growth in rents and investor interest. “A number of structural drivers are having a positive impact on demand for warehouse and logistics space across Europe and none more so than the rise of e-commerce,” says Bannatyne. “We expect this to continue for the foreseeable future, as manufacturers and retailers adapt supply chains to meet their customers’ changing consumption habits.”

“Amazon has been the pre-eminent force behind this shift, introducing much quicker delivery times, more choice and lower cost, and so all retailers have to respond to keep up,” says Nick Preston, Fund Manager with logistics investor Tritax EuroBox. Delivery times depend on customer proximity. Ongoing urbanisation trends mean retailers and other businesses need fulfilment facilities close to conurbations, in particular major cities, to meet customers’ same-day or next-day delivery expectations. 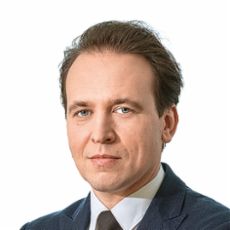 In Europe, every household has 2.7 square metres of logistics space. In the US, it is three times more, so in Europe we are undersupplied.

Especially in Europe, finding available space though is not easy. “In Europe, every household has 2.7 square metres of logistics space,” says Dirk Sosef, Vice President, Research and Strategy with Prologis. “In the US, it is three times more, so in Europe we are undersupplied.”

This demand and supply dynamic has led to a record low vacancy rate of 3.2 percent of total European warehouse space, compared with 9.7 percent in 2007, notes Sosef. Supply is more disciplined too. “Around 75 percent of all completions in 2007 were speculative. Today, in the last four quarters about 60 percent is build-to-suit.” And where speculative constructions are occurring, approximately 70 percent is in markets with vacancy levels below 4.0 percent. Union Investment’s Stephan Riechers agrees: “Despite elevated activity levels in the investment market, speculative logistics project developments are being undertaken sporadically and to a much lesser extent than in the office sector. We therefore don’t expect to see an oversupply of logistics real estate.”

The lack of available land in most major markets, coupled with an increase in construction costs, is the perfect recipe to keep supply and demand in check and lead to strong rental growth, adds Ben Bannatyne. “We expect those assets and logistics parks located closer to the major population centres to perform the best. It is also important to caution that whilst “a rising tide lifts all boats,” location and quality will play an important factor when the market softens.”

While the blend of extremely large and diverse demand, limited and disciplined supply, and steadily rising replacement costs is producing rental growth across all logistics categories, the trend is particularly clearly pronounced in two areas: big box facilities and smaller, infill warehouses. According to RCA, the increase in online retailing, as well as occupier requirements for supply chain optimisation, have shifted the onus to extra-large, big-box, warehouse formats, typically in excess of 50,000 square metres. These large distribution centres, that are usually situated on the very edge of cities, tend to provide the extremely large range of products customers want. Mid-box units which are usually less than 10,000 square metres and situated in urban areas close to the end-customer will then provide the “last-mile,” next-day service support.

“It’s all about being in the right location,” explains EuroBox’s Preston. Transportation makes up almost half the total supply chain cost. Minimising transport distances can therefore help optimise cost savings and profitability, as well as deliver higher service levels. By contrast, rents account for only approximately 5.0 percent of total costs. “When you are located in central, accessible locations close to your end-customer, it is true, you may pay higher rents, but you could save a tremendous amount by being close to your consumers,” says Sosef. “That is why there is such a willingness to pay these significantly higher rents.”

Labour, which makes up 25 percent to 30 percent of operators’ expenses, represents the second biggest cost component. Automation adoption rates are rising as occupiers seek out efficiencies. But it is no panacea. “Automation might lead to less pressure on lower-qualified employees, but what we are seeing is stronger demand for higher-qualified staff, such as engineers, to maintain these complex installations,” says Sosef.

Access to an appropriate labour pool, a reliable power supply to run increasingly automated logistics facilities, along with proximity to transport arteries – roads, ports and railways – will all factor in occupiers’ location decisions.

‘Goldilocks’ locations that offer the right mix of attributes are inevitably in short supply, especially for big-format logistics units. Supply is further constrained by local regulation, particularly around major cities. Large fulfilment centres with 24/7 lorry movements can be disruptive, so municipalities are often unwilling to zone large land plots for industrial logistics, says Preston. The result is classic real estate economics: scarcity of supply, coupled with strong and reasonably price-insensitive demand, means tenants will up what they are prepared to pay, pushing rents and values higher. “Which from our perspective as an investor is just what we want,” adds Preston.

He pointed to Europe’s prime logistics belt as including a swathe across the southern Netherlands and Belgium into Germany and the western corridor through the Rhine-Ruhr region down to Frankfurt, Karlsruhe and Stuttgart. Amazon, which is expanding rapidly across Europe, is said to be seeking a significant number of sites across Germany, notes Preston. GreenOak Real Estate and Apeiron also recently announced the acquisition of a 340,000 square-metre German logistics portfolio situated around Munich, Karlsruhe and Dortmund.

In France, the Paris-Lyon axis, as well as parts of the Côte d’Azur, such as Marseille, are important locations on Europe’s prime logistics routes. The central city locations in Europe’s top five metropolitan areas of London, Paris, Barcelona, Madrid and Milan are seeing the strongest rental performance though, says Prologis’ Sosef. Compared with city peripheries, “the market is willing to pay double or triple the rent for true infill locations.” The scarcity of logistics facilities with the right attributes in the prime centres is, however, forcing occupiers to look towards other secondary locations.

Barcelona, where Tritax EuroBox has bought a large-format property occupied by retailer Mango, a leading global fashion retailer, is an extremely strong market at present, says Preston. The city boasts a major port, is at the heart of an affluent and thriving economic area with a large population of over 1.6 million, and is topographically constrained between the sea and mountains, which limits land supply. There has been ferocious competition for land or buildings around Barcelona. This is especially true for large sites and means rents are being bid up significantly whenever a space becomes available. In response, attention is shifting south to Tarragona and north to Girona. “Both of those locations are benefiting, because occupiers cannot find space within 20 km of Barcelona,” says Preston.

It is interesting to note that Central and Eastern Europe is seeing similar effects. “CEE is experiencing strong growth in investment activity,” states Sosef. “That is something you would expect at this stage of the cycle, that more investors look outside the core markets as well.” But given the lower population density and more abundant land supply in these secondary locations, pricing pressure and rental growth won’t reach the levels of the major conurbations, which is where the most attractive opportunities are to be found, says Preston.