What European countries have in common is a highly diverse range of extended stay options. In terms of provider structures, the professionalism and international reach of the players, tax regulations and participation of the state sector in housing provision, however, there are significant differences.

The study identified Germany, France, the UK and the Netherlands as flagship markets for micro-living investment. “In these established micro-living markets, despite the already high level of activity among private investors, as measured by the volume of planned apartment blocks, private supply remains low,” says Henrik von Bothmer, Investment Manager at Union Investment Real Estate GmbH.

It is also noteworthy that in terms of transparency and transaction volumes, the markets for student apartments and corporate apartments in all of the nine countries analysed for the report are more developed than the respective markets for serviced apartments. The spectrum of investable markets is thus correspondingly broader when it comes to student/corporate apartments. “However, in many markets investors face the challenge of low availability of existing products,” says Bothmer. Project developers have corresponding lead and completion times. Questions related to commercial use under tax laws must also be clarified. “And then there’s growing price competition and generally lower yields from the leasehold model,” says Bothmer. 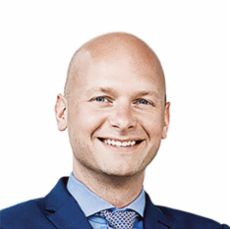 In many markets investors face the challenge of low availability of existing products.

As the study shows, the smaller markets of Austria, Spain and Ireland also offer good conditions for selective and ancillary investment. Among this group, Austria stands out: the available returns put it in the same league as the established European countries, indicating the existence of a stable market. “The activities of private sector providers in Austria are mostly concentrated on the capital, Vienna, but in future, cities such as Salzburg and Graz are likely to benefit even more strongly from the potential demand generated by new lifestyles and ways of working. We will see significantly higher transaction volumes here in the medium term,” says Felix Embacher of bulwiengesa. Within the group of small markets, Austria, Spain and Ireland are notable for their accelerating transaction volumes in the student/corporate apartments segment. At €307 million, Austria recorded 230 percent more volume in 2017 than in 2016. After the UK and Germany, Spain saw the third largest transaction volume in the past year, at approximately €784 million. According to the study, Spain and Poland are currently delivering the highest net initial returns compared to the rest of Europe.

In contrast, the investability of the serviced apartments segment in the small markets is questionable. Even in large and established markets, apartment blocks with services included remain essentially a niche product and still have comparatively poor transaction transparency. Furthermore, the provider structure in this segment is relatively fragmented. A positive sign in many of the surveyed markets is the strong involvement of both existing and new international operators. “The quality of the offering and the creation of new products and brands will boost the professionalism of the market,” says von Bothmer.

Temporary living concepts are a trend in many European countries, but the investment conditions for this rising asset class and its different segments vary widely. The “Micro-living in Europe” study conducted by bulwiengesa and Union Investment examines the investment opportunities in Europe in the market segments for student and business apartments and hotel-like serviced apartments. For the first time, it gives a comprehensive insight into established markets and those in an early stage of development.