The new Mexico City International Airport will open in 2018. It is one of the largest air transport projects in the world and is already an international sensation. The new airport, designed by British star architect Norman Foster and his Mexican colleague, Fernando Romero, will replace the Benito Juárez Airport, which has reached its limit, and increase capacity at Mexico City’s airport from the current 32 million passengers annually to 52 million in the first expansion phase alone. By the time expansion is completed in 2062, there could theoretically be up to six runways – for up to 120 million passengers annually. Manuel Ángel Núñez Soto, CEO of Grupo Aeroportuario de la Ciudad de México, calls it “today’s most important national infrastructure project”.

The spectacular new construction, which is estimated to be worth $12.8 billion and is described by Foster as “a sculpture that flies”, is more of an economic necessity than a prestige project. Passenger and freight numbers have increased drastically in recent years and the Mexico City airport operator assumes that growth will continue. Because Mexico is in the process of maturing from a developing country into an industrialised nation. Its geographical location – that is, its proximity to the United States and access to the Atlantic and Pacific – investor-friendly legislation, free trade agreements with at present 45 countries across the world, low wages and,last but not least, a rapidly growing middle class are all advantages that are making international corporate groups take a closer look at the Latin American country. Even if Mexico still lags behind in many aspects – such as combating crime, corruption, the underground economy and promoting education – the general conditions for foreign investment have improved in recent years. Mexico is now ranked 39th in the World Bank’s 2015 Doing Business Index, which assesses the environment for successful business activities, and is therefore significantly ahead of the BRIC countries, Brazil (120), Russia (62), India (142) and China (90).

Mexico is a favourite target for foreign direct investments, primarily from the United States, but increasingly also from Europe. It has made a good name for itself as a production location. For example, Coca-Cola announced in the summer of 2014 that it wants to invest more than $8.2 billion overall in Mexico by 2020, just under $1.2 billion per year. Audi, BMW and other automotive groups are also betting on Mexican work benches. According to a recent study by Roland Berger, automobile production will grow by 9 percent annually in the coming four years to five million vehicles in 2020; that will make Mexico the world’s sixth-largest automobile producer, right behind Germany. Export-driven industry is only one part of the broadly based Mexican economy, however: other important sectors are oil production, the aviation industry, mining and tourism. Add to that the large domestic market with a population of approximately 120 million and a growing middle class, which now includes 40 million people according to a recent study, “Die Pazifik-Allianz”, by Germany Trade & Invest.

The prosperous economy also provides a strong stimulus for the country’s real estate business – each new residential development increases the demand for industrial and commercial space, the booming tourism sector requires the construction of new hotels, and the demand for apartments and houses is rising with the rapid growth of the new middle class. “Thanks to its size and stability, Mexico is now considered one of the most interesting real estate markets in Latin America,” says Héctor Klerian, International Director of JLL Mexico. 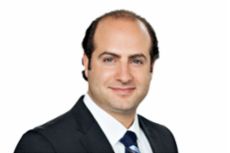 Polanco in Mexico City is popular for commercial and residential real estate, particularly with expats.”

That is why international investors have been interested in the real estate market south of the Rio Grande for some time, in particular since FIBRAs, the Mexican form of exchange-listed real estate investment trusts, were introduced in 2011. Héctor Klerian calls this a “fundamental change” because FIBRAs led to greater transparency on the heretofore very unpredictable project development and transaction market. “Previously there was no reliable information on market conditions,” says Klerian. “FIBRAs have made the market more professional and thus much more attractive for international investors.” This assessment is also confirmed by the current Transparency Index published in June 2016 by JLL and LaSalle Investment Management, whose researchers investigate the professionalism of 109 markets around the world every two years. While Mexico is still listed under the “semi-transparent” category, the study’s authors specifically emphasise that the country is “on the threshold of moving up to the ‘transparent’ category”. 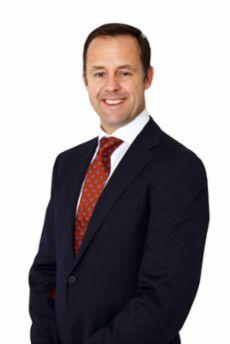 US investment and pension funds have traditionally been the primary investors in their southern neighbour’s real estate markets, but family offices and institutional investors from Europe are also looking at Mexico – including direct real estate purchase opportunities. “Mexico City is the top destination for investors in our country. In addition, larger urban population centres such as Monterrey, Guadalajara, Quéretaro and Cancún are in high demand for office space development projects,” says Javier Kutz Clever, Managing Director of Savills Mexico. The country’s primary office location is Mexico City with a central business district composed of several submarkets – Lomas, Polanco and Reforma.

The Polanco submarket is particularly popular. It has been one of the upscale residential quarters for decades and is home to many foreign embassies. Union Investment recently acquired the Dos Patios Class A building here for its UniImmo: Global open-ended real estate fund. “The submarket is popular as a location for commercial and residential real estate, particularly with expats,” reports Tal Peri, Head of Investment Management U.S. East Coast & Latin America at Union Investment Real Estate GmbH, which already manages properties worth about $470 million in Mexico. Polanco has everything that makes life pleasant – shopping, theatres, museums, galleries, good restaurants, and also office properties. “When you go into a shopping centre here, you don’t feel like you are in Mexico – more like in one of the new shopping centres in New York or Paris,” says Peri. In addition, Polanco is considered a very safe quarter, which makes it easier for the companies located here to recruit the urgently required specialist staff from abroad. This is an important locational advantage in a country in which security is still a decisive factor for companies despite the improvement in the overall situation in settlements made in recent years. “Indeed, many companies who want to be active in Latin America prefer Mexico specifically because the country is among the safest locations in the region,” says Peri.

Purchase opportunities such as Dos Patios, which is leased to companies with very good credit ratings, including Siemens Immobiliare, the energy provider Schlumberger, and Grupo Gigante, are rare however. Hot submarkets such as Polanco are dominated by domestic companies which, according to observers, do not normally sell their projects but hold them in their portfolio. “You must have very extensive market knowledge and an extremely good and broad network to find out about buying opportunities in top locations in good time,” says Peri. Union Investment entered the Mexican market in 2008 and has successfully made several purchases and sales since then. Additional investments are planned, mainly in the Mexican capital, says Peri: “We want to utilise the stable economic conditions in Mexico to invest an extra €250 to 300 million in the medium term.”

That arouses the interest of many international investors who are active in the leisure segment; as de Gortari reports, several international hotel chains are currently expanding their portfolios in Mexico – alongside brands such as Hilton Worldwide, Marriott, Hyatt and Accor, there are a growing number of hospitality companies from Asia and the Middle East as well. 50 new luxury hotels alone are currently in the works, says Savills expert Kutz Clever. “They are being built primarily in our most well-known beach resorts, such as the Riviera Maya on the Caribbean coastline of the Yucatan peninsula, or Los Cabos, on the southern tip of Mexico's Baja California peninsula. Additional hotel projects are planned in Mexico City and other major cities; and second-tier cities are also reporting demand for new business hotels.” Similar to the office segment, demand in the hotel segment will also increase over the mid- to long-term according to market observers. It is true that in 2015 economic growth fell short of expectations with a GDP increase of just 2.5 percent because the Mexican economy is in a difficult situation mostly due to the decline in the price of oil.

However, for 2016 economists are expecting a slight acceleration in growth to 2.6 percent and more than 3 percent for the following years – precisely as a result of strong domestic demand and not least due to the completion of the new international airport. This will be welcome news to real estate investors who have already cast a glance at Mexico.