The impact of Covid-19 social distancing restrictions and lockdowns has pushed European economies into their deepest downturns since the Great Depression of the 1930s, but pricing generally across real estate investment markets has remained remarkably static, compared with the uniform plunge in values across property sectors seen in the Global Financial Crisis a decade ago. The contraction in market liquidity to the levels of the GFC has been accompanied by a widening gap between buyer and seller price expectations, concentrated in sectors and secondary locations battered by the economic effects of the virus, while other assets and segments, that have proved more resilient and continued to trade during the pandemic, are so far relatively unscathed, says Tom Leahy, Senior Director EMEA Analytics at RCA.

“We’re in a strange situation where yields are static, but liquidity is falling. The deals that are being done are still being concluded at very competitive pricing. Liquidity is declining because the market as a whole is slowing. Buyers and sellers are moving further apart, certainly for the more secondary and tertiary-type assets, due to the greater risk. The expensive assets are getting more expensive and the cheaper assets are getting cheaper, but it’s not like the GFC when prices for everything from offices to industrial real estate moved more or less in lockstep. This time everything is subject to such different factors that the pricing trends have disassociated themselves between, and within, sectors and markets,” Leahy says. 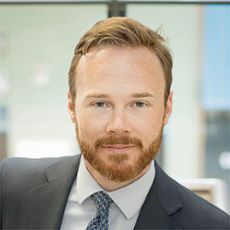 We’re in a strange situation where yields are static, but liquidity is falling.

Europe’s biggest commercial real estate markets still managed to maintain higher liquidity last year than markets in the Americas and Asia Pacific, he adds. Europe now comprises 14 of the top 30 most liquid markets in the world, with Central Paris topping the international rankings since the start of 2020, according to the RCA Global Liquidity Scores, although the French capital score’s was down 3.1 percent over the preceding year. Berlin ranked second globally, even though its liquidity score fell by 4.4 percent compared with Q4 2019. In the US, Manhattan’s score dropped by 8.1 percent to a 10-year low in the fourth quarter of 2020. Leahy points out that European real estate markets have been much more resilient than in the GFC because investors have been confident enough to continue to deploy capital following the massive monetary and fiscal interventions by central banks and governments early in the pandemic in the spring, which calmed financial markets, deflated burgeoning government and corporate bond yields and limited corporate distress. “There’s not much distress yet outside of very defined sectors like retail, which investors were already shifting away from. In the third quarter of 2020, the year’s slowest, European real estate investment transactions totalled €48 billion compared with €17 billion and €19 billion in Q2 and Q3 2009, the worst period of the GFC. The market has been much more resilient this time around. RCA analysed US real estate prices going back to the 1950s and this showed that sharp economic recessions in themselves don’t always lead to big falls in values. Usually another factor has to be involved as well, such as significant stress in the financial sector, or overbuilding, like in the 1980s when a huge downturn had a lot to do with oversupply,” Leahy says.

Link between lockdown and transaction volumes

The correlation between real estate transaction volumes and the timing and stringency of national Covid-19 lockdowns was remarkably consistent across the board during the first lockdowns in Europe in the spring of 2020, with most markets showing deal activity falling away five to six weeks after the implementation of social distancing measures, RCA data show. The only major exception was the Netherlands, where the deal slump occurred slightly later, at around eight to nine weeks after lockdown. There was a strong link between the stringency of the restrictions in reaction to the scale of infections at the onset of the pandemic and the market impact, with transactions in Spain hit hardest and Germany initially only lightly affected in the first virus wave (see charts at left). The scale of government fiscal responses in supporting their economies, for example through workforce furlough schemes, was also key to underpinning real estate markets, with the financial capacity of Germany, Europe’s largest economy, being far greater than the struggling Spanish and Italian economies, Leahy notes.

The only top 20 markets where annual transaction volumes rose in 2020, compared with 2019, were Norway and Denmark, both still relatively small when compared to Germany, the UK and France. The lockdown measures implemented in both countries were less stringent, on average, than elsewhere in Europe and this may have helped the investment market. Norway’s domestic focus also looks to have aided the market in the light of the many restrictions on international travel; while in Denmark, much of the activity was focused on the in-demand apartment sector. A residential focus was also no guarantee for weathering the storm, with overall activity in the Netherlands, where apartments were the most favoured sector among investors, falling around 30 percent in 2020.

Covid-19’s impact on reshaping the European property sector investment hierarchy became increasingly clear as the pandemic persisted: grocery stores, apartments, developments, industrial/ logistics and student housing have been doing well, CBD offices have slowed but are somewhere in the middle, while other parts of the retail market and hotels are down in the depths, Leahy says. “Development site deals look very positive and are only down 11 percent on the year by value of transactions, which suggests there is still confidence in developing new space, often focused on sectors like apartments and industrial, where optimism is highest. But there are also markets and sectors which are experiencing real down time and so you can see a clear hierarchy emerging from the data.” 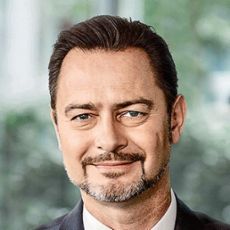 We were able to acquire 62 outstanding commercial properties across Europe in 2020, worth a total of €4.1 billion. Given the challenges caused by the pandemic, that is an excellent result and huge achievement. Dealmaking will remain extremely challenging in 2021 as the crisis continues – especially in markets outside Europe.

There are still pockets of retail investment activity, such as Aviva’s purchase of an asset on the main High Street of Copenhagen, and Unibail-Rodamco-Westfield’s major disposal of five French shopping centres in the early months of last year, but these type of deals have been increasingly few and far between and annual retail investment is the lowest volume recorded since 2009. Reports of the “repurposing” of retail properties, for example for residential or logistics use, are becoming more frequent, Leahy notes, but they remain below 2 percent of all retail sales volumes, underlining the difficulty in change-of-use.

In comparison, there have been a number of prime European office deals concluded at robust sub-3 percent yields during the pandemic, including Union Investment’s acquisition in May 2020 of the Ericus-Contor building on the banks of the River Elbe in Hamburg. There are few signs of oversupply in the sector, even in Brexit-battered central London.

“Investors are still allocating to real estate because the returns in selected sectors and locations are attractive when compared to other asset classes. And while distress may start to emerge in 2021 following the economic fall-out from the pandemic , it may not last long, given the amount of equity looking to be placed in such opportunities when they surface,” Leahy concludes.