High ceilings, attractive industrial heritage surroundings and the freedom to furnish as you please. Norbert Dobeleit had seen spaces like that in Berlin, but had searched in vain in Munich until he discovered the former Infineon site near Ostbahnhof station. “I was the first person crazy enough to move into Balanstraße,” says Dobeleit, who works as a presenter and film producer. That was 12 years ago, when people in the Bavarian state capital still turned their noses up at the rather rough-around-the-edges district.

Today, Neue Balan is a sought-after location – redeveloped, consolidated and authentic. The 8.5 hectare complex, featuring a 50-metre swimming pool, calls itself the Campus of Ideas. And Dobeleit? He’s still here. He has moved his company, Lucky7even, from one of the old buildings on the site into a new one, and now occupies 500 square metres instead of the previous 270. “It’s just cool here.” Campus properties, previously more associated with the US and UK, have gained in popularity in Germany in recent years. Not just with tenants, but also among investors. Borrowing from the university sphere, they seek to promote exchange and communication, which chimes with a working world where cooperation and networking are increasingly key. 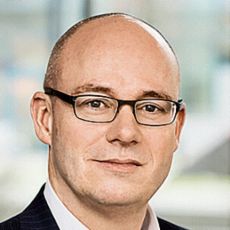 The micro-location will be a major growth and innovation story over the next five to ten years. We specifically targeted our search in this area.

“Campus real estate offers space as an experience,” says Thomas Beyerle, Head of Group Research at real estate consultancy Catella. Neue Balan is a perfect example of the kind of added value that can be generated – both in the time of Covid-19 and more particularly beyond. The bulk of the site is owned by Munich property investment and management company Allgemeine Südboden Grundbesitz. Union Investment purchased a new build there via a forward purchase agreement. Haus 27 comprises approximately 30,000 square metres of rental space across nine storeys, including office space, showroom areas and food & drink offerings on the ground floor. Space configuration is tailored to the individual tenants. There are roof terraces, sky gardens and a so-called show window that extends over four floors and provides superb views across the city. The tenants include software company Autodesk and online portal Jameda. At around €320 million, the deal was one of the largest single transactions in Germany last year, a year that saw a slump in the investment market due to Covid-19. According to Savills, commercial real estate worth €58.84 billion changed hands, a decline of 20 percent compared to the previous year. Office transactions fell by 21 percent to €27.6 billion. Adding to the uncertainty around the effect of the pandemic on the economy was the question of the structural impact of the experience of working from home on demand for office space. However, prime properties in very good locations remained attractive to investors, as did locations with clear upside potential. And that includes Neue Balan. Alejandro Obermeyer, Head of Investment Management DACH at Union Investment, describes it as “an exceptional property”. 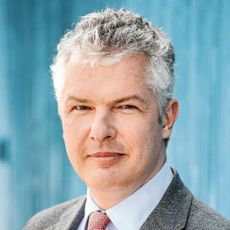 Demolition followed by a new build would have been an ecological disaster. We started with basic refurbishment and then gradually added more quality.

That is partly down to the site’s good public transport links, which will be further improved by the construction of a second commuter trunk line. Looking ahead, close proximity to the Werksviertel district is another major plus. Formerly home to food manufacturing company Pfanni and where Optimol produced its lubricants, the area is rapidly emerging as a new Munich hotspot, which in turn benefits the wider neighbourhood. “The micro-location will be a major growth and innovation story over the next five to ten years,” says Obermeyer. He adds that Union Investment had “specifically targeted its search in this area”. It was the Hamburg-based investment management company’s third major investment during Covid-hit 2020, following the acquisition of Ericus-Contor, located practically on the company’s doorstep in Hamburg, and the Medicus portfolio, comprising six core properties in Düsseldorf and Berlin.

At the time of purchase, around 60 percent of the space in Neue Balan Haus 27 was let, with Südboden providing a rental guarantee for the remainder. It was a signal for the sector. “When investors don’t just buy fully let properties, it shows there’s confidence in the market,” says Achim Degen, Regional Manager for Bavaria at Colliers International. With a vacancy rate of 2.3 percent and prime rents of just under €40 per square metre, the Munich office market is one of the most attractive among Germany’s top seven locations. While rapid gentrification of the Werksviertel district is changing its character, Neue Balan is benefiting from the momentum without losing any of its authenticity. The range of rents – from €12 to 33 per square metre – allows an exciting mix of tenants: from a Montessori school through startups to fashion companies like Helly Hansen and high-end speaker specialist Sonos. “The location thrives on its diversity of industries,” says Degen. “It inspires companies that are looking for buildings with character and history.” That increasingly includes international players – consulting company Accenture has just moved into 14,500 square metres in the newly built Haus 17.

The Neue Balan success story began in 2006 when Südboden acquired the site in a competitive auction process. Unlike some of the competing firms, who wanted to demolish buildings that dated back to the 1950s and 1960s, board member Maximilian von der Leyen recognised their value as a unique selling point. And in any case, “demolition followed by a new build would have been an ecological disaster,” he says today. Almost all the existing buildings were retained, even “Long Eugene”, a production hall with a 350- metre-long corridor. “We started with basic refurbishment and then gradually added more quality.”

Things weren’t easy at the beginning, with 100,000 square metres lying vacant. “We were running around after the workmen to turn the heating off again.” But long-term commitment paid off. Within a few years, the buildings were occupied and Neue Balan became a brand. Von der Leyen began to tap into land reserves for new buildings. He set aside one hectare for a green centrepiece comprising trees, benches, lawns and a barbecue area, which realigns the site away from the surrounding busy roads. The standout feature is a 50-metre-long pool that is used as a curling rink in winter. The marketing effect is huge. How many multi-tenant buildings are there where the occupants meet up in swimming trunks and bikinis?

More than 5,000 people now work at the Neue Balan site

In Von der Leyen’s view, that represents clever risk management. “You have to create spaces that are lettable when vacancy rates in the market are running at ten percent rather than two percent.” This attitude also earned him an award from the prestigious Urban Land Institute in the Building Healthy Places category. The jury found that Neue Balan leads the way “in the development of places where people don’t just spend time, but experience a sense of well-being.” Südboden hired Munich-based Weickenmeier, Kunz und Partner (WKP) to design the new buildings, of which there are five to date. The architects took their cue from the classic modernism that characterises the old buildings: regular façades, staggered storeys, bold industrial windows with narrow profiles. The template was Lingotto, the famous Fiat district in Turin. Haus 27 follows the same theme, but at 36 metres tall it towers over the neighbouring buildings.

“The building is a cornerstone of the site, which is why the city authorities approved the high-rise concept,” says Maximilian Gotor Schäffer, architect at WKP. Today, more than 5,000 people work on the site. There’s a supermarket, a fitness studio and food trucks that change daily. The next new building, Haus 28, is already in the pipeline, and Von der Leyen is thinking about new services, like a campus magazine maybe. “A campus property is process-driven, so there’s always a certain pressure to optimise things,” says expert Beyerle. Von der Leyen shares that view: “We’re in a continuous state of flux, a site like this is alive.” Which pretty much sums up the attraction for tenants. Even at the height of the pandemic, two leases were signed for Haus 27: one with Schoen Clinic and one with toy manufacturer Schleich.

Advertising agency BDA Creative has also recently moved in. Its managing director, Philipp Wundt, is full of praise for the highly flexible floor plans, and also particularly enthusiastic about the design because it’s a perfect fit with the agency’s profile. “The space is prestigious, but it’s also understated.” Nothing is more damaging in the creative industries than appearing ostentatious. Last but not least, the advertiser is looking forward to meeting the new neighbours. “I’m excited to see what opportunities there are for working together.”