Haute couture shopping. World-class monuments and art galleries. High quality dining. With such an array of attractions, it is little wonder Asia-Pacific’s growing ranks of intercontinental travellers are flocking to Paris.

The recent rise in incomes is obviously enabling Asia-Pacific’s middle classes to broaden their travel sights. Europe is definitely high on the destination list, with Chinese tourists leading the way, Marie Hickey, Director, Commercial Research at global property agent Savills said. “Shopping tends to be a priority for Chinese visitors on their first or second visit to Europe, which is one reason Paris and Milan are so popular. For those on their fifth or sixth visit, the focus is more on cultural experiences. That is fuelling an increase in arrivals to smaller cities, such as Prague, Budapest and Lisbon,” explains Hickey.

A shift in Chinese traveller preferences and profiles is also having an impact. While traditionally popular European locations still dominate, the European Travel Commission (ETC) points to the emerging community of semi-independent travellers more likely to venture to lesser-known destinations. Croatia, Latvia, Slovenia, Malta, Ireland and Denmark were among those experiencing the largest increase in Chinese tourists in the first half of 2019.

Yet while the numbers of APAC tourists are seeing the biggest growth, travel flows remain predominantly intraregional.

The latest World Tourism Organization (UNWTO) figures show international arrivals to Europe were up 4 percent in 2019 to 742 million, making Europe by far the world’s premier tourist destination. Travellers from Germany and the UK account for the lion’s share of arrivals.

The British pound’s post-EU referendum depreciation has taken a toll though. European arrivals from the UK fell 1.6% year-on-year in June 2019 on a rolling 12-month basis. “However, the pick-up in US arrivals, bolstered by the strong dollar, has helped offset the decrease from the UK,” Hickey noted. South and south-eastern Europe are the fastest growing destinations for U.S. travellers, with Turkey, Greece and Cyprus reporting a 20 percent-plus arrivals increase, according to the ETC’s most recent quarterly report. Year-to-date arrivals (as of July 2019) from the United States to Spain were up 27%, with both Barcelona and Madrid enjoying a significant rise in revenue per available room per day (RevPAR). Portugal, Sweden and Norway have also seen a strong uptick.

While traveller flows are evolving, so too are the experiences visitors look for. Millennial tourists are having a particular impact, Hickey noted, “fuelling a shift in the type of hotels travellers – and thus investors – are interested in.”

And it is not just millennials, with the appeal of boutique hostel brands, lifestyle brands and serviced apartments encompassing all age and profile ranges. “So whereas institutional investors historically looked at global brands, especially four-star hotels with leases, they are now examining different types of assets,” Hickey said. Traditional hospitality groups are taking note, she added. “Many are bringing in lifestyle features, such as more relaxed dining experiences, coffee shops and workspaces to cater to the demand changes.” Although the shift towards more lifestyle-focused offerings will continue, Hickey believes a place remains for traditional hotel concepts. “For instance, they still appeal to business travellers and American leisure tourists, who stay loyal to the brands they know at home.” 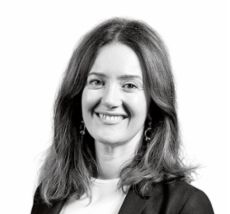 The question for investors is how best to profit from Europe’s pre-eminent tourism position and the demand trends emerging. A joint survey by the International Hotel Investment Forum and real estate broker Tranio at the Forum’s 2019 event found Spain (55 percent), Germany (54 percent), Italy (42 percent), the UK (38 percent) and the Netherlands (33 percent) top the list of most appealing investment destinations. RevPAR figures point to Paris, Geneva and Zurich as top picks for investors, followed by London, Lisbon and Porto.

Leased hospitality – spanning hotels, serviced apartments and hostels – remains particularly popular among investors, said Hickey. The problem is the lack of available properties in Europe, and the resulting squeeze on prime yields, which now average 4.26% across the 22 markets tracked by Savills. Yields in Berlin and Munich are among the keenest, matching the 3.5 percent in Paris for leased hotel assets. With government bonds trading at sub-zero yields though, the spread ensures hotel assets remain an attractive investment option.

Wave of transactions expected for London

Savills also predicts a bumper year for hotel transactions in London, with a record £1.5 billion (€1.8 billion/$2.0 billion) expected in Q1 2020. “Some of the surge is due to a backlog of deals from previous years because of Brexit,” said Hickey. “Nevertheless, London’s fundamentals haven’t changed. Along with Paris, London remains Europe’s top tourist destination. It is also a transparent market and has a good legal system.” Stand-out deals include Luxembourg-based real estate firm Vivion’s purchase of two luxury hotels in prime London locations from the family office of former Qatari Prime Minister Sheikh Hamad bin Jassim Al Thani for £255 million, which corresponds to approximately €307 million. Investors are also eyeing value-add and other opportunities in London, such as leased serviced apartments, Hickey said. “A similar picture is emerging in Germany and potentially the Nordics. Wherever yields are competitive, we will see a move up the risk curve.”

For investors looking beyond traditional markets for higher yields, Lisbon with its location in the far south-west of Europe is proving popular. The Portuguese capital on the Atlantic coast is seeing strong investment growth, with Real Capital Analytics’ figures showing total Lisbon hotel volumes reached €377 million in 2019, up from €159 million the year before. “Prime yields are at 5% for leased hotels in Lisbon, compared to 3.75% in London,” Hickey noted. “Lisbon is experiencing strong growth in tourism, plus investors can buy product cheaper than in many other European cities, so it’s an attractive investment market.”

Italy's capital, Rome, offers further investment opportunities. “Traditional prime leased yields are at 5%, although yields are much keener for trophy assets,” Hickey added. “Rome is also one of the world’s biggest tourist destinations. Accessing stock is a challenge in Italy though, since many are still family-owned.”

The Netherlands was one of Europe’s fastest-growing destinations in 2019. But with a 50 percent increase in international visitors expected by 2030, pressure on its cities is intensifying. In response, the Netherlands Board for Tourism & Conventions (NBTC) aims to better manage visitor flows and optimise the opportunities. As part of this new vision, NBTC wants to redirect tourism growth away from Amsterdam to other locations.

The challenge for Amsterdam is to ensure the urban infrastructure and tourism product diversity match the traveller volumes, JLL’s Destination 2030 report noted. Key initiatives include apps and projects promoting less-visited areas, widening the target market and managing access to the city centre.

To regulate over-tourism, Amsterdam – along with other key markets such as Barcelona – has been applying restrictions on city centre hotel development. Combined with the continued rise in demand, such measures will boost existing hotels’ operational performance and increase their investment attractiveness, a recent research note by Savills’ Hickey concluded.