The aim is for this scenario to become mainstream. The housing shortage in Germany is forcing real estate development to move in this direction. Hotels fit perfectly into this because they have been transitioning for years now, away from uptight conventional hotels and towards peppy lifestyle concepts, smart limited-service hotels, trendy pop-up spaces and sociable serviced-apartment and co living/co working units.

“With the new concepts in a mixed complex, a dynamic of the mindset, of moderated living moves in, which will most likely further promote the trend towards new target groups in the segment,” says Anett Gregorius, founder and owner of the Berlin consulting firm Apartmentservice, summarising the situation. “Mixed-use projects have even developed into a driver of the growth in serviced apartments,” she observes, based on her own comprehensive market studies. 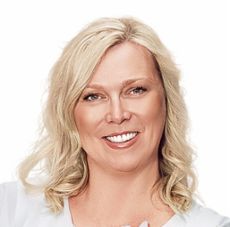 Mixed-use projects have even developed into a driver of the growth in serviced apartments.

“Mixed use in the co-create city is the structural expression of global megatrends,” Amandus Samsøe Sattler of the Munich architecture firm Allmann Sattler Wappner said during a discussion at the real estate trade fair Expo Real. “Not only are work and leisure melding, but so are the times when and the locations where they take place.” However, that requires a community manager, who must combine all of the individual providers into a “mixed-use brand”. That is the major objective to be achieved with the help of digitisation. For the investor/developer, mixed use consists first of a bare floorspace layout and questions for the architects about what uses must be jointly or individually developed, how access routes will look and how “forms of distance” must be organised in spite of proximity, according to architect Sattler. Residents’ peace and quiet may not be disturbed by catering or shops frequented by large numbers of the public.

Reiner Nittka, CEO of Germany’s largest hotel project developer GBI in Berlin, speaks from his own experience: “Fire flashover, delivery zones and parking often pose major challenges for planners. It’s interesting. Everything is becoming multipolar; we’re moving away from mere lodging towards social infrastructure.” Sattler also encourages investors and developers to take some risks and move away from old typologies. “We’re driven by the art of the collective, and that includes the local. You can also preserve portfolio properties in mixed use and reinterpret their history.” Michael Hartung, Managing Director and Development Director of Premier Inn Investments, the real estate company behind the British economy hotel group, notes that “there is far more openness to developments of this kind, particularly on the retail side.”

GBI has mixed the three asset classes residential, office and hotel in different formations over the past few years – and learned a lot. At first the developer combined only hotels with each other, then it added student halls of residence and later a crèche, after which it paired conventional hotels with long-stay hotels. Upon request by the city of Düsseldorf, GBI also integrated restaurants directly into the development of three hotels near the main train station. “Cities always have further demands,” says GBI’s CEO Nittka. In Hamburg’s Münzviertel district, for example, the request was for micro-apartments, apartments for apprentices, normal apartments, and subsidised apartments. “Or Hamburg asks for a hotel concept that has never existed in the city to be included in a call for tenders. It’s supposed to be combined with co working and co living.” The right mix of hotels is naturally vital for a functioning microcosm. “Added value must be created,” says Nittka. The categories and above all the ratio of short to long stays must also be right. There’s no magic formula for this, he says.

According to Nittka, there should always be a four-star superior hotel, because that is the basis for refinancing the price of the land. If the land is very expensive, a four-star hotel and four-star long-stay accommodation are favoured, supplemented by a midscale/economy product. Short and long stay can ideally be mixed with student housing, particularly when politicians think there shouldn’t be too many hotels in one district, Nittka adds. Generally speaking, most mixed-use developments must be cross-subsidised, particularly when the plan includes offices and hotels. Mixed use is becoming a hot topic for the new Ruby Hotels too – particularly since the family office of Alexander Otto (Otto Group) acquired a 25 percent stake in November 2019. The synergies are obvious. Ruby has relied from the outset on cost-effective hotels with modular construction offering limited services – its philosophy is “lean luxury”. The group is the first lifestyle newcomer to experiment with co working at or near the hotel.

In the mix of asset classes and types of use, cities always have further demands.

Prototypes in the lifestyle segment

Ruby CEO Michael Struck continues to experiment at the recently-opened Ruby Leni Hotel Düsseldorf. He first introduced “residence rooms”, larger rooms for long-term guests, but without a kitchenette. Instead, there’s a “residents’ kitchen” on the same floor where people can prepare light meals for themselves. Ruby’s strategy is to repurpose former retail space and to use it in three ways: as a hotel and for extended stays/co living and co working. “This is mutually beneficial on the space side and on the cost side,” says Struck. On the customer side, extended stay guests and co workers keep things lively at the F&B outlets in the hotel, making it more colourful and attractive to people in the neighbourhood. Ruby cuts costs behind the scenes. As an operator of all three hospitality types, it needs only one team, which runs the back office along with housekeeping or F&B. This immediately saves personnel costs. Struck attracts investors by pointing out that this is how an operator can ultimately also pay higher rents as a result of multiple types of use. 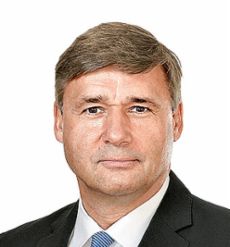 There is far more openness to developments of this kind, particularly on the retail side.

Mixed use livens up urban districts

“Mixed-use project developments take a lot longer,” as GBI knows from its own experience – given the difficulty of reconciling politicians, land-use planning procedures and urban design competitions. It can take three to four years to get a building permit. However, GBI generally builds complexes in a way that allows each building to be separated out and sold individually. “Good experiences from good spaces,” says architect Sattler, returning to the social components of mixed-use developments. He considers the aesthetics of the space and human connection to be more important than interactions using a community app.

If the space and the concept are a good fit, as they are at the upscale Felix Suiten im Lebendigen Haus in Leipzig, that will also generate traffic. Every day more than 4,000 people come through the 70,000-square-metre building on Augustusplatz, a conversion project of the Denkmalneu corporate group. More than 20 tenants also benefit from the building’s location, a five-minute walk from the train station and directly opposite the opera and the university. “Four to five anchor tenants are sufficient for a clear concept,” says Thomas Scherer, a managing director of the operator, the Denkmalneu Group, “and the rest will come together.” The primary crowd-pullers in the mix of apartments, shops, offices, meeting spaces, fitness centres and restaurants are the unconventional serviced apartments Felix Suiten, the co working offices and the third Motel One in Leipzig. The city of Leipzig was involved from the outset and receptive to everything. In addition to the Denkmalneu Group for Felix Suiten, the family of SAP founder Hasso Plattner are also behind the €140 million major project. Leipzig is a model for success, according to Scherer. That’s why there will soon be three mixed-use “clones” in Vienna, Berlin and Bremen. He isn’t in such a hurry with the community app for digital interconnection. “It’s early days yet for all of that. At our place everyone is welcome to participate, but no one is required to.”