Residential is most certainly not the first thing property experts think of when they hear the name Redevco. The investment company, which belongs to the Cofra group and therefore to the C&A clothing empire, actually specialises in retail properties. But Redevco recently began to explore pastures new: at the end of 2018, the company launched a fund with the intention of investing €500 million in residential real estate in the Netherlands, Germany, Spain and the United Kingdom. “The key data for the residential real estate market is robust,” says Redevco’s CEO Andrew Vaughan, explaining the thinking behind the new strategy. He therefore believes that it “makes absolute sense” to get involved in this segment.

Numerous other investors see things the same way. Figures published by property service provider Savills evidence how sought-after residential property is. According to these figures, apartment buildings across Europe changed hands for around €20.5 billion, which is 17 percent of the total volume of real estate transactions. Residential property in Germany is particularly popular: according to Savills’ provisional figures, the transaction volume in this segment totalled €15 billion in 2018, which is around 30 percent of the volume of commercial real estate. 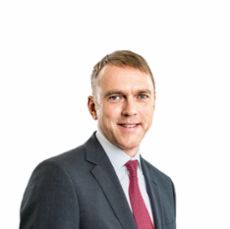 The German residential real estate market is enjoying a rising demand for housing.

The risk of rental loss is low

Karsten Nemecek, Managing Director responsible for property valuation/transaction advisory services at Savills in Germany, has an explanation for the interest in residential property. “The capital markets have been highly risk averse since the financial crisis and this makes residential property a favourable option as an asset class. Residential property provides stable income, which is exactly what many investors are looking for.” This is especially true for Germany, as Konstantin Kortmann, Head of Residential Investment at JLL in Germany, explains. “The fact that the German housing market is highly regulated has a positive effect on stability.” Unlike in the United States, for example, tenancy agreements in Germany usually run for an indefinite period. “Investors,” Kortmann points out, “can therefore expect a stable cash flow.”

That is in the interest of investors who are looking for long-term, secure income and do not have excessive profit expectations. Union Investment is an investment management company that falls into this category. In 2017 it launched an open residential property fund for private investors in conjunction with the ZBI Group, a company specialising in residential real estate. “We see sustainable investment opportunities for our clients in the area of existing apartments that house broad swathes of the population, thus satisfying a basic need that never fundamentally changes. Their main feature is that they are not as volatile,” explains Thomas Wirtz, one of the directors of ZBI Immobilien. The ZBI Group also has its own in-house team to provide a one-stop service along the entire value chain, from the initial purchase of a property, its active management and optimisation through refurbishment and modernisation schemes, for example, through to its possible sale. “In this way, ZBI has achieved sustainable success over the last 20 years and that is the basis of its fund concepts,” says Wirtz. UniImmo: Wohnen ZBI had already invested €1.4 billion and built up a portfolio of 19,600 residential units by November 2018. They have added a special fund for institutional investors: ZBI Union Wohnen Plus. Union Investment has also joined forces with Deutsche Asset One to manage residential investment vehicles for institutional investors under Service KVG mandates.

Union Investment’s two open funds both focus on Germany. “The German residential real estate market is enjoying a rising demand for housing, which is the result of a general upward trend in the population figures combined with a growing demand for residential floor space per capita and an increasing number of households,” says Jens Wilhelm, member of the Board of Directors at Union Asset Management Holding AG. There is also another advantage: “The housing market in Germany, with its 16 states and numerous attractive locations, is in itself so varied that we are able to achieve a good level of diversification to match the interests of our investors.” Ulrich Jacke, Managing Partner of transaction consultants Dr Lübke & Kelber, endorses this assessment. According to Jacke, there are a number of “particularly attractive investment locations in addition to the seven major cities and they can boast a very positive risk-return ratio." Consequently, Union Investment’s funds have been invested not only in Germany’s top cities but also in smaller towns such as Rendsburg, Weimar and Oberhausen. 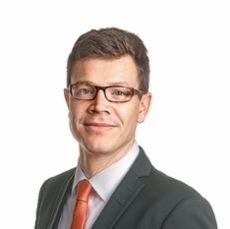 The fact that the German housing market is highly regulated has a positive effect on stability.

But how can an investor establish which international locations promise good investment opportunities in the long term? Kate Everett-Allen, a partner at real estate consultants Knight Frank and Head of International Residential Research, answers from an international perspective: “Transparent markets with stable political systems, good transport links and top universities capable of providing talent and skills for the new technological industries will be the cities to watch.” She cites Berlin, Amsterdam, Madrid, Dublin and Lisbon as specific examples.

Nevertheless, investors need to take the conditions in the different European countries into account. For example, attitudes to owning property are very different: whereas 78 percent of homes in Spain and 70 percent in Ireland are owner-occupied, that figure is only 45 percent in Germany. However, willingness to rent rather than buy is increasing slightly. “If the gap between house prices and wages widens we are likely to see more rental demand,” says Knight Frank’s expert Everett-Allen.

Differences from country to country

Tenancy law and market regulation also differ considerably from country to country. For example, social housing companies held a strong position in the Netherlands housing market for a long time. However, since 2014 the government has made a concerted effort to attract foreign investors. Frank van Blokland, Director of the Association of Institutional Property Investors in the Netherlands, talks of a “stable investment with a reliable return. And at low risk.”

The Austrian market is even more strictly regulated. For example, a large part of the housing stock in Vienna is owned by municipal housing companies and other not-for-profit providers. Nevertheless, investors are making inroads into Austria's residential property markets, as figures published by the consultancy CBRE evidence. According to these figures, residential properties in Austria changed hands for €760 million in the first half of 2018. A high degree of government intervention is also a dominant feature of Germany’s housing market. An example of this is the rent control introduced in 2015, which restricts rent increase margins for new tenancy agreements. More and more local authorities are also making use of their statutory right to buy property in what are known as protected social environments, which in effect allows them to steal a march on investors. Konstantin Kortmann of JLL views this trend with concern: he believes measures of this kind that are difficult for investors to predict “lead to increasing legal uncertainty."

Institutional investors usually work with housing specialists to make sure they take these regional and local specifics into account. Union Investment’s collaboration with ZBI is an example of this. The ZBI Group uses its broad-based nationwide network of offices, which currently spans 17 locations, to underpin its concept of regional diversification. “We benefit every single day from the experience gained with our portfolio and are able to quickly compare purchase options not only with the market, but also with our own holdings. That gives us numerous advantages over the competition,” says Thomas Wirtz of ZBI.”

Detailed knowledge of the markets is crucial, not least because prices – just like for other commercial property – have risen markedly. “It has become hard for funds and other institutional investors in primary cities in Germany to generate the payout yield they need from cash flow alone,” says JLL’s Konstantin Kortmann. However, the appreciation of the property also has to be factored in – assuming positive trends continue.

One way to increase yields is to invest in residential niche rental markets. These include short-term rentals or assisted living. “Housing complexes for seniors or students,” Hans Vrensen, Head of Research at investment manager AEW explains “offer an attractive yield premium of 150 basis points over standard residential property portfolios.” Social trends also reinforce the attractiveness of these types of rental. “Megatrends such as urbanisation and ageing populations are driving demand,” Patrizia’s Chief Economist Marcus Cieleback notes. But even when it comes to conventional forms of housing most experts agree: residential property in a good location will continue to be in great demand in the future. “Housing in urban areas is becoming scarcer,” says Susanne Eickermann-Riepe, Real Estate Leader at audit firm PwC Deutschland. “And many investors are trying to get a foothold here, although property of that kind is among the most demanding for investors in operational terms.” Redevco will no doubt not remain the latest newcomer in this market segment.