You don’t need to be a country fan to know that Nashville has been the centre of that musical style for decades. Johnny Cash, Dolly Parton, and Willie Nelson made music there. Elvis Presley recorded his hit song “Are you lonesome tonight?” in the legendary Studio B there. But the music in Nashville, Tennessee’s capital city, is pretty sweet in another way, too: the city features an attractive office market with a vacancy rate of 4 percent, lower than in any other large US city. 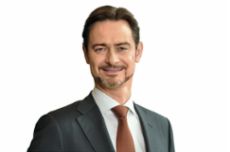 We are taking advantage of the wide variety of outstanding locations on the US market for our funds.

The example of the Music City shows that the United States offers office property investors attractive  opportunities that are not limited to major cities on the East and West Coasts. “We are taking advantage of the wide variety of outstanding locations on the US market for our funds,” says Martin Brühl, CIO and Member of the Management Board at Union Investment Real Estate GmbH. “Select secondary cities offer interesting opportunities for entry with high yield spreads,” confirms Zoltan Szelyes, Head of Global Real Estate Strategy at Credit Suisse Real Estate Management in Zurich. And Andrew Nelson, Chief Economist USA, Colliers International states: “We should see a broader set of investor classes take a closer look at assets in secondary markets.”

Some investors have already pounced. A whole series of large office properties changed hands in the secondary markets in 2016, as listed by Jones Lang LaSalle (JLL). Fortis Property Group acquired the Chase Tower in Dallas, Texas; Deutsche Bank bought the Bank of America Plaza in Fort Lauderdale, Florida; and Union Investment purchased the 20-storey office building 2000 McKinney in Dallas, Texas. Union Investment spent a total amount equivalent to €1.3 billion in office, hotel, and retail properties in the United States last year. As Martin Brühl emphasises, many American cities “from the second tier” enjoy positive population and job growth, are centrally located, and have a diversified economic structure: “Based on those indicators alone, they would be counted as large cities in Germany.”

The selection is large, because there are plenty of attractive locations in the United States. At least 70 cities have populations over 250,000. From an investment viewpoint, many of them are among the global elite: of the 25 world cities that, according to Cushman & Wakefield, received the largest volume of investment in 2016, no fewer than 15 were in the United States.

However, it is clear that, as Janice Stanton, Executive Managing Director of the Capital Markets Group of Cushman & Wakefield, puts it, “The most important and 'blue chip' investment markets are the gateway cities in the US.” Stanton says these are New York City; Washington, D.C.; San Francisco, California; Boston, Massachusetts; Los Angeles, California; and Chicago, Illinois. Other market experts like to include the Texas cities Dallas and Houston in this category, along with Seattle, Washington. The importance of the gateway cities is shown by statistics for the first nine months of 2016: three quarters of the capital that foreign investors put into office buildings in the United States went to the primary cities, with New York City accounting for a 45 percent share. The strong demand comes at a price. Yields (cap rates) have continuously fallen over the past few years and were recently 4.4 percent based on the average for the primary and secondary markets, according to JLL. But the difference in yields between the gateway cities and the smaller cities has now risen to about 110 basis points. “Markets like Austin, Texas; Minneapolis, Minnesota; Seattle, Washington; Denver, Colorado; and Portland, Oregon – and that list can certainly be added to – currently have considerable liquidity on the property capital market, not least because, on a risk-adjusted basis, they offer an attractive yield premium compared with the established round-the-clock cities such as New York City, San Francisco, or Chicago,” confirms Union Investment expert Martin Brühl.

Opportunities from the second tier

The risks in the secondary cities are not necessarily higher. They even come out ahead where the vacancy rate is concerned. Nashville, Tennessee, is an example of this at 4.6 percent. According to JLL, 7.3 percent of office space in Salt Lake City, Utah, stood vacant during the third quarter of 2016, compared with 8.3 percent in San Francisco and 10.0 percent in New York City. “The secondary cities have a solid economic base that is driven over the long term by an economic and demographic trend that is projected to be positive,” says Zoltan Szelyes of Credit Suisse, adding that they have “healthy property market characteristics and frequently allow participation in a strong local economy.” Local economies will probably stay satisfactory in the future, too. Many companies are moving their headquarters from megacities to smaller large cities so they can offer higher quality of life to their employees. “Smaller cities are advantageous for recruiting skilled professionals in the ‘war for talents’ era,” observes Harald G. Engbrocks, founder and Managing Director of the consulting firm Atlanticus in Bad Homburg, Germany, who advises investors in the United States. According to him, the cost of living is lower there, and commuting to work generally takes less time.

Engbrocks also points out some challenges associated with investments in second-tier cities. “The advantage of the primary cities is that you can quickly invest and then quickly sell again,” he explains. “In contrast, if you invest in a secondary city, you have to assume that, given a ten-year investment horizon, there are three to four good years. That means you have to anticipate that under certain circumstances there will be five or six years when you can’t even sell.” Therefore, he adds, investments in secondary markets are particularly appropriate for institutional investors with a long investment horizon.

Andrew Nelson of Colliers International points out a second particular feature. As he puts it, investors interested in big-ticket items can move several hundred million dollars in a single transaction in one of the gateway cities, whereas, in the secondary markets, they have to go to the effort of putting together a portfolio to get a larger transaction volume. In fact, single properties have sold for more than $1 billion in New York City on several occasions, while the most expensive office property in the secondary cities during the third quarter of 2016 cost “only” $300 million, according to JLL.

There is a third challenge, too: success in secondary cities requires outstanding knowledge of any quirks of the local market. “You have to have a good network and you need a reliable partner on site,” stresses consultant Engbrocks. “Being able to react quickly is important in the leasing business.” With sufficient attention to those particular features, Engbrocks considers investments in secondary cities to be a good “addition for building up a portfolio or rounding out an investment strategy.”

So which cities are particularly suitable? This is where the character of the American office market with its many strong locations comes into its own. “Rather than putting all of their eggs in one basket, I believe investors are well served by having diversified exposure to the US office markets,” says Randy Giraldo, Managing Director at the investment company TH Real Estate. He heartily recommends focusing attention on  cities where technology companies and other knowledge-driven industries such as the financial sector, the media, the healthcare sector, and the life sciences are strongly represented: “These innovation centres attract the youngest and brightest employees, establishing a self-sustaining base of knowledge-based growth.” 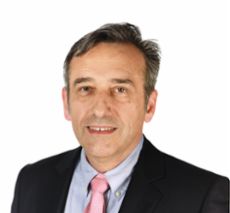 Smaller cities are advantageous for recruiting skilled professionals in the ‘war for talents’ era.

There is a whole raft of such locations. The Atlanta, Georgia, metropolitan area – where Union Investment acquired Ten 10th Street, an office building some 39,000 square metres in size, in 2016 – is home to some 60 percent of all US fintech companies. Nashville, Tennessee, is a centre for the healthcare industry and biotechnology. Biotech also plays an important role in Denver, the capital of Colorado, where numerous service providers are also located. The analysts from Credit Suisse think investors should also have a look at markets such as the state of Minnesota and the cities of Raleigh and Durham in North Carolina, which are considered cost-effective places for backoffice relocations. The strongest effect comes from the booming start-up and internet scene, which of course is concentrated in San Francisco and Silicon Valley in California. But other cities are also attracting increasing numbers of young people seeking careers in the tech sector, as Felix Lechner, Managing Director of the consulting firm Transwestern, based in San Francisco, points out.

As a whole, the background conditions appear auspicious. “In our view, the general macro environment remains positive from today’s vantage point,” says Credit Suisse expert Zoltan Szelyes. “Core economic fundamentals generally remain positive,” confirms Colliers Chief Economist Andrew Nelson. The International Monetary Fund still anticipates that economic growth in the United States will be 2.2 percent in 2017. And employment will likely remain high. That influences the office market, which is characterised by a rising trend for rents and by lower vacancy rates – even if they still average about 12 percent nationally.

And the band plays on

Market participants will have to live with some uncertainty. There is hardly an expert who dares, before the end of the “first hundred days” in office, to make a prediction about how the election of Donald Trump as 45th President of the United States will ultimately affect the property market. Most experts have a positive view of Donald Trump’s promise to invest a lot of money in infrastructure, while they are negative about his intention to limit free trade. It is not just Randy Giraldo, Managing Director, TH Real Estate who states that “ultimately, we expect these two factors to largely offset each other.” In other words, it is likely that the band will play on for the US office market – and not just in Nashville.