Disrupt“ is the battle cry of Silicon Valley and refers to the invention of completely new business models. “Tech Crunch Disrupt” is also the name of an innovation conference held in San Francisco every year, whose ambition is to revolutionise conventional business models.  Disruption (which comes from the Latin for "break apart") goes far beyond the further development of existing business models. The best-known example of disruption is the switch from music CDs to Internet marketplaces such as iTunes that stream music to their customers.  How digitalisation will affect future inventions is also of concern to the property industry. “If innovations aren’t controlled by the property business itself, there is a risk that Google and friends will seize the potential offered by new business segments,” says Michael Müller, Partner and Industry Leader Real Estate at the auditing firm Deloitte. A look at the financial industry shows just how great the challenges are. According to the Catella consulting firm, the number of “fintechs” (start-ups in the financial sector that initiate ultra-modern web-based technologies) in Germany recently rose sixfold in one year to 250. Many of those new companies operate in indirect capital investment and financing, pushing into areas that also impact professionals on the property market.

Learning from the fintechs

Tobias Just, Managing Director and Academic Director of IREBS International Real Estate Business School, still considers the effects of these start-ups on the professional property industry to be limited. With one exception: he states that closed-ended real estate funds, which collect money from private investors, offer crowdinvesting platforms a large surface of attack. In contrast, he says, open-ended funds are not at risk “for the moment” because of their closeness to banks and the respective size of their portfolios.  Also sceptical about the relevance of financing start-ups to the property industry is Steffen Sebastian, Chair of Real Estate Finance at the University of Regensburg. In his words, crowdfunding is “either inefficient or a con game.” Sebastian also sees “little potential” for start-ups in commercial property financing. Things look very different for the sale of financial products on the Internet, and he’s convinced that “fund initiators won’t be able to avoid that.” 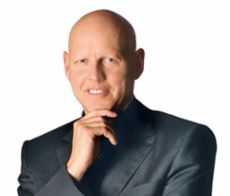 The real estate business schools - often in cooperation with several institutions - are also looking into other aspects of digitalisation in addition to the fintechs. “We are interested in the possibilities that the development of business intelligence offers the real estate industry,” explains Thomas Nern, Head of Course Real Estate Industry at HAWK University of Applied Sciences and Arts in Holzminden. The term “business intelligence” refers to specific processes and methods used in electronic data analysis. Nern is convinced that “digitalised companies are definitely more profitable and grow faster. Conversely, companies that fail to take advantage of the potential offered by business intelligence in combination with big data structures will suffer from competitive disadvantages.”

Big data – that’s the term real estate experts use most often in the context of digitalisation. But their interest isn’t limited to the data provided by properties themselves (such as power consumption and user behaviour). They place even greater hopes in data that allows the property industry to make predictions. Nern says that is most successful “when publicly available data, internal company data and data from the social media environment are combined. This allows early recognition of trends such as how users feel about locations.” That’s why Tobias Just’s doctoral candidates are investigating the knowledge to be derived from Google Trends, an analysis tool that shows how often a particular search term is entered over time. The idea is that more searches for apartments or offices in the Neukölln district of Berlin, for example, could indicate that property prices will be going up. IREBS International Real Estate Business School is analysing data from the lodging site Airbnb based on a similar working hypothesis.

Greater demand for certain locations is considered an indicator of the increasing relevance of a location for the property industry. These approaches are of fundamental importance, stresses Wilhelm Bauer, Director of Fraunhofer IAO (Fraunhofer Institute for Industrial Engineering). “The Internet and ever-increasing networking and use of data are the basis of new business models that exhibit other principles, some of them revolutionary,” he emphasises. For example, Fraunhofer is exploring how people, machines, property and the environment will be networked in the digital city of the future.  According to Fraunhofer, another thematic area is the “digitalised world of work in which customer needs, the state of the art and demands on companies change increasingly fast.” The Institute is working with the Bitkom industry association to develop a benchmarking tool to support companies in further developing their employees’ skills.

The power of data

“It all comes down to data,” says Kai Zimprich, who holds the newly-created position of Head of Digital Services Germany at the real estate service provider JLL. Collecting and analysing as much data as possible and implementing it in business models is therefore vital for the success of property companies, he says. Zimprich wants to take advantage of the opportunities offered by digitalisation on the investment market, not just when letting property. JLL is planning a web-based transaction platform that will facilitate the initiation of contact between sellers and buyers for smaller commercial properties.  The Aqua portfolio, which Union Investment sold to the French asset manager Amundi Immobilier in 2015, clearly shows the advantages digitalisation brings to transactions. “Thanks to the use of innovative digital technologies, we were able to execute the transaction securely, efficiently and profitably,” says Philip La Pierre, Head of Investment Management Europe at Union Investment Real Estate GmbH.  The fund company relied on the technology of the Berlin-based company Leverton. It has developed new software that can analyse multiple commercial leases in different languages in parallel by looking for certain key words. “That analytical tool gives potential buyers in the virtual data room faster access to all data relevant to them,” says Leverton CEO Emilio Matthaei, explaining the primary advantage. As a result, even though the Aqua portfolio included 17 office buildings with 278,000 square metres of rentable area and some 145 tenants in six countries, the complex sales process was completed in only five short months. That might not be disruption as we have come to expect it in other fields – but the solution was a true quantum leap for the transaction business.