The winner is Asia-Pacific: nowhere else in the world did investment in commercial real estate in 2013 rise as strongly as in the Asia-Pacific region. Analysts at the real estate service provider Jones Lang LaSalle (JLL) registered an increase in the transaction volume there of 26 percent, to $124 billion. In the same period, investment in North America rose by “only” 20 percent and in Europe by 14 percent. There are several reasons for investors’ increasing involvement. “The Asia-Pacific region is of interest to investors and asset managers because most states are recording rising population figures and significant economic growth”, says Carsten Kebbedies, Director of Global Property Business Development at Henderson Global Investors. The World Bank is expecting economic growth of at least 7.2 percent in 2014. The region is also playing an important part in the real estate sector: according to a study by the Asia Pacific Real Estate Association, its share of the global property investment market will rise from 27 percent to almost 50 percent by 2031.In the opinion of Martin Brühl, Head of International Investment Management at Union Investment Real Estate GmbH, what all this means is: “For investors who want to diversify their portfolio and achieve an appropriately high yield, there is no avoiding the Asia-Pacific region.”

However, the Asia-Pacific region is no monolith – and not merely because it embraces a huge geographical area, from Mongolia to New Zealand, but also because the 14 countries in the region that are the most important in real estate terms are themselves very diverse. “This region does not have a homogenous property market”, Brühl stresses. “Rather, it is typified by widely differing levels of transparency and market maturity.” This is confirmed by an index compiled by JLL, which examines the transparency of global property markets. This shows two of the region’s states very near the top of the list – Australia at number three and New Zealand at number five – whereas Vietnam (68) and Mongolia (89), for example, have very low transparency levels. Accordingly, which markets will be of interest to investors depends to a great extent on the investment strategy. “More opportunistic investors are attracted to second-tier Chinese cities or Southeast Asia”, observes Simon Smith, Senior Director Research & Consultancy at the Savills consultancy, who is based in Hong Kong. “Core value investors, on the other hand, are attracted to open and transparent markets which have a high degree of liquidity.” 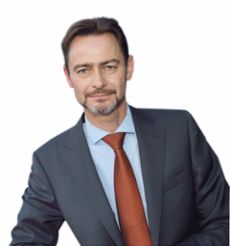 For investors who want to diversify their portfolio, there is no avoiding the Asia-Pacific region.

Japan on the up

These criteria apply mainly to Australia (see interview on page 17), Singapore and Japan. “The Japanese market has seen a strong recovery in the period following the 2011 earthquake”, notes Andrew Ness, North Asia researcher at the DTZ consultancy. Experts are correspondingly positive in their assessments of prospects for the Japanese office property market. “Towards the end of 2013, we recorded a decline in vacancy rates and an upward trend in rents”, reports the DTZ analyst Ness. “Employment rates have picked up, so corporate office expansion will be a major theme in 2014”, adds Megan Walters, Head of Asia Pacific Capital Markets Research at JLL. This is beneficial for portfolio holders. For example, at the beginning of this year Union Investment was able to announce a large-scale letting of 17,500 square metres in the comprehensively renovated Shiomi Koyama Building in Tokyo. This upward trend is likely to continue. “Of all the major global markets, Tokyo is expected to deliver the largest rent increases in 2014”, says Walters. However, there is one further reason why foreign investors are concentrating on Tokyo: the capital is among the few Japanese cities that are witnessing population growth. The real estate sector is expecting an additional impetus from Tokyo’s hosting of the 2020 summer Olympics. “This is a huge vote of confidence and has led to a marked improvement in sentiment”, notes Union Investment’s Martin Brühl.

Nevertheless, the great earthquake of 2011 has left its mark. “We have seen a significant shift in tenant demand towards buildings that meet or exceed the latest seismic building codes”, says Simon Smith of Savills, “This is supporting occupancy rates at investment-grade buildings at the expense of older, poorer-quality stock.” Many investors also have China in their sights. Despite relatively modest economic growth of 7.7 percent in 2013, the country is still seen as a driver of growth, even if China “does have some challenges”, according to Megan Walters of JLL. By this, she means that China does not meet all requirements for transparency and legal certainty. “It would be naive to think there is no corruption there”, confirms the Henderson expert Kebbedies. “But it is manageable. ”Foreign investors see opportunities in Shanghai and Beijing, in particular. “There, the risk is lowest and the demand from foreign office users highest”, Kebbedies explains. However, he believes, office properties there are already rather expensive. The Savills analyst Smith puts average initial yields in those two major Chinese cities at 4 to 4.5 percent. This places them on a similar level to Tokyo (4.1 percent). However, Martin Brühl of Union Investment points out that such yield figures, based purely on the real estate itself, are only one part of the equation, because aspects such as a moderate level of debt financing in local currency and the effect of taxation can have an impact on the actual performance of an investment.

Potential in Singapore and Malaysia

A further two Asian locations are of interest to Brühl: Singapore, the smallest city state in Southeast Asia, and Kuala Lumpur, the capital of Malaysia. The city of Singapore, which occupies the bulk of the island state’s territory, is considered one of the most important financial centres in the world. In the World Bank’s Doing Business 2014 report, which examines how easy individual states make it for small and medium-sized enterprises to gain a foothold, Singapore is ranked first out of 189 national economies. Institutional investors from all over the world are running around in its property market. The consequence of a combination of high inflows and low supply is that the market is “very volatile”, as Carsten Kebbedies puts it. Malaysia is slightly overshadowed by the other markets mentioned here. There too, however, investment conditions are improving. The World Bank study puts the country in sixth place, and its government is pursuing a business-friendly policy. One problem, though, is that a large number of new office buildings will be coming onto the market in the huge metropolis of Kuala Lumpur in the next few years. “Vacancy rates remain slightly above their long-term averages, and so rental growth will be limited across the market as a whole”, predicts Megan Walters of JLL. One thing is true for all the flourishing Asian markets: competition for attractive office properties is intense. This involves not only international investors but also numerous local companies. However, even they do not always get a look-in. For this reason, says Martin Brühl of Union Investment, “a lot of Asian capital is pouring into European property markets.”

Mr. Menegazzo, are Sydney and Melbourne the only important office markets in Australia?
From an office market perspective, Sydney and Melbourne are the largest, most liquid and most mature markets in the country. They are considered the gateway markets to invest in and typically trade on the lowest yields. However, Australia also has a number of other important CBD (central business district) office markets. Canberra, Brisbane and Perth CBDs are significant markets that have matured in recent years, with the construction of new-generation buildings.

All of Australia’s CBD markets recorded a drop in rents in 2013. What are the reasons for this decline?
In general, rents have been challenged by subdued tenant demand and an increase in vacancy – mainly as a result of additional areas available for sublease. For the gateway markets of Sydney and Melbourne, challenging global economic conditions and financial markets have played a part whilst conditions in Brisbane have been impacted by two major factors: the slowdown in the mining sector and state government employment contraction due to a recent change of government in Queensland. However, during the last half of 2013 we definitely saw conditions stabilise and a noticeable pick-up in tenant inquiry.

What type of office building do tenants prefer?
Across the country, A-grade buildings have outperformed the broader market since the global financial crisis. Tenants are seeking good quality, well-priced office accommodation with good amenities. This has been to the detriment of secondary-class buildings where occupancy rates have fallen as a result of tenants vacating such buildings to move into better quality accommodation.

How do you assess the investment market?
There has been very strong demand from investors for office buildings over the last few years as transaction volumes continue to increase. Sales activity during 2013 was around double that reported the previous year. Pleasingly, the transaction activity has been driven by the appetite of both active domestic and international investors attracted by the solid investment outlook, sound economic conditions, stable market environment, low supply levels as well as attractive yields and total returns on offer.

Which asset classes do investors prefer?
In recent years, investors have focussed on core assets. In 2014, I think we will see an improvement in demand for core-plus and value-added opportunities, which will be influenced by a lack of opportunities in the core segment as well as banks’ willingness to lend to ‘riskier’ opportunities.

How will the Australian economy develop in the next 12 months?
We expect the early signs of a recovery that we saw in mid-late 2013 to gather momentum in 2014. This will have a positive spill-over effect on the domestic economy, which should underpin increased business activity, corporate hiring and ultimately tenant demand for office space and rental growth. However, we anticipate that this will not be felt evenly across all office markets. The Australian economy is undergoing a transition away from a reliance on mining for growth and toward more balanced growth drivers.

Would you advise foreign investors to invest in Australian office buildings?
Over the past few years, Australia has cemented itself as a core market in the Asia-Pacific region; and many foreign investors have sought to benefit from the returns of offer by investing capital here. Looking at the real estate fundamentals, tenant inquiry levels are improving, tenant incentive levels appear to have peaked, low levels of new supply will be delivered in 2014 and yields still remain at attractive levels with future compression expected. These are all key factors which, with further improvement, will have a positive effect on future valuations.